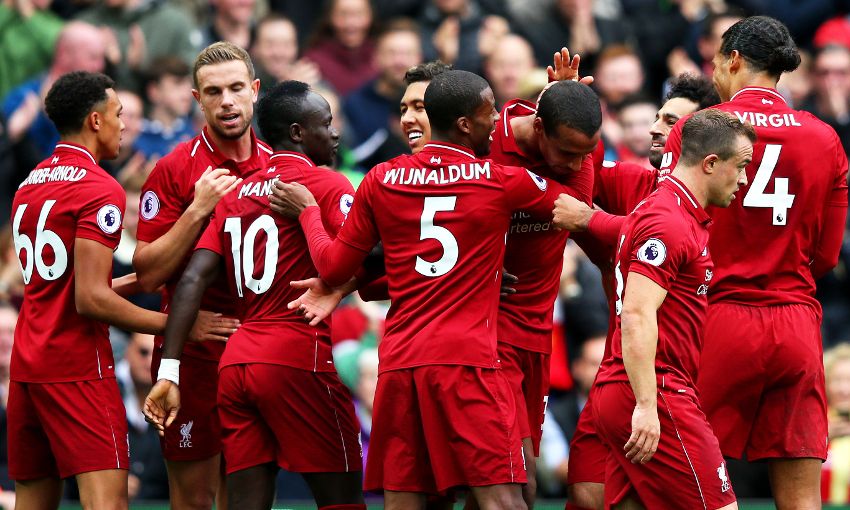 Manchester City boss Pep Guardiola has admitted that Premier League title rivals Liverpool are not under the same pressure as the Blue half of Manchester in the current title race.

Pep Guardiola’s side moved back to the summit of the Premier League table on Monday night after a 1-0 win over Brendan Rodgers’ Leicester City. Club captain Vincent Kompany thundered in an outstanding effort in the second half to earn three points against the Foxes and took City within touching distance of winning back to back Premier League titles.

Last season, Manchester City stormed their way to the Premier League title amassing a staggering 100 points in the process. However, Guardiola was still in a defiant mood after his team touched 95 points with their last game on Sunday, just one point ahead of Liverpool, as the Spaniard claimed that the media want Liverpool to win the title.

The 48-year-old said, “My feeling here is the media desire, Liverpool, to be champions. But 195 points in two seasons, it is something unique. We were seven points behind Liverpool, we could have been ten points had Liverpool beaten us here, but we never give up and have won 13 games in a row.”

Manchester City will travel to Brighton on the final day of the season knowing that a victory will ensure that the Premier League remains in the City of Manchester while Liverpool will host Wolverhampton Wanderers.