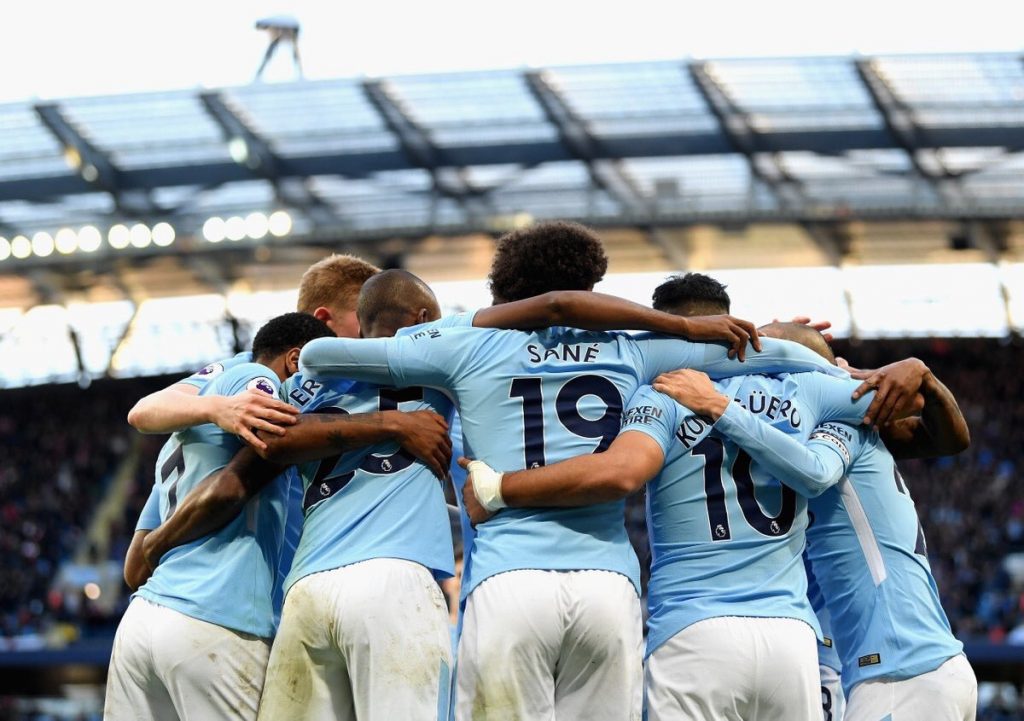 Premier League Leaders Manchester City with a 3-1 win over Arsenal secured at Etihad stadium their ninth consecutive Premier League win. The win takes The Blues on to 31 points.

Already Man City Chelsea, Liverpool and now Arsenal this campaign, the Boss Pep Guardiola revealed his boys are keen to ensure there are no slip-ups against any title rivals.

“All I know is everybody can beat us,” said Guardiola “It doesn’t matter what happened in the past. You can win the Champions League and then lose the day after.

“The other teams want to beat us. It depends on us. It is so important if we want to fight more to win the title.

“Last season against the title contenders, we were able to win just twice. This season in November, we are already winning three times. We spoke about this. If you want to win the title, you have to beat Chelsea, Liverpool, Arsenal and the other teams at the top.

“So well done to my team. It was a good performance again against Arsenal. We created a lot of chances and a lot of ‘almost chances’ where we missed the last passes.

“Against Arsenal, the game is never over. But considering we played a Champions League game on Wednesday, and they rested all week, we were so strong and kept going all together.

“The body language in the second half was good. Arsenal made a good high press. When we counter attack in that position, we missed the last action and that’s why it was difficult to close the game.

“But we won. We deserved it. Three more points. My wish now is the players come back healthy from the international break. I cannot control that. It’s a friendly game so be intelligent, be smart, be wise.

“And after that prepare for Leicester. They were champions. We have to go there and play well, and then Huddersfield, Old Trafford, Southampton; it’s game by game. Two months in a row without a draw is a lot. It says we are strong in our mind.”

Following yet another sterling display by his defenders, Pep added: “The quality of the players is the reason we are defending so well. We can be more solid. It could have been three zero, so we have to improve.

“We play well and the players again did an amazing performance. We are so happy. We will see the result against Chelsea and Man United.”