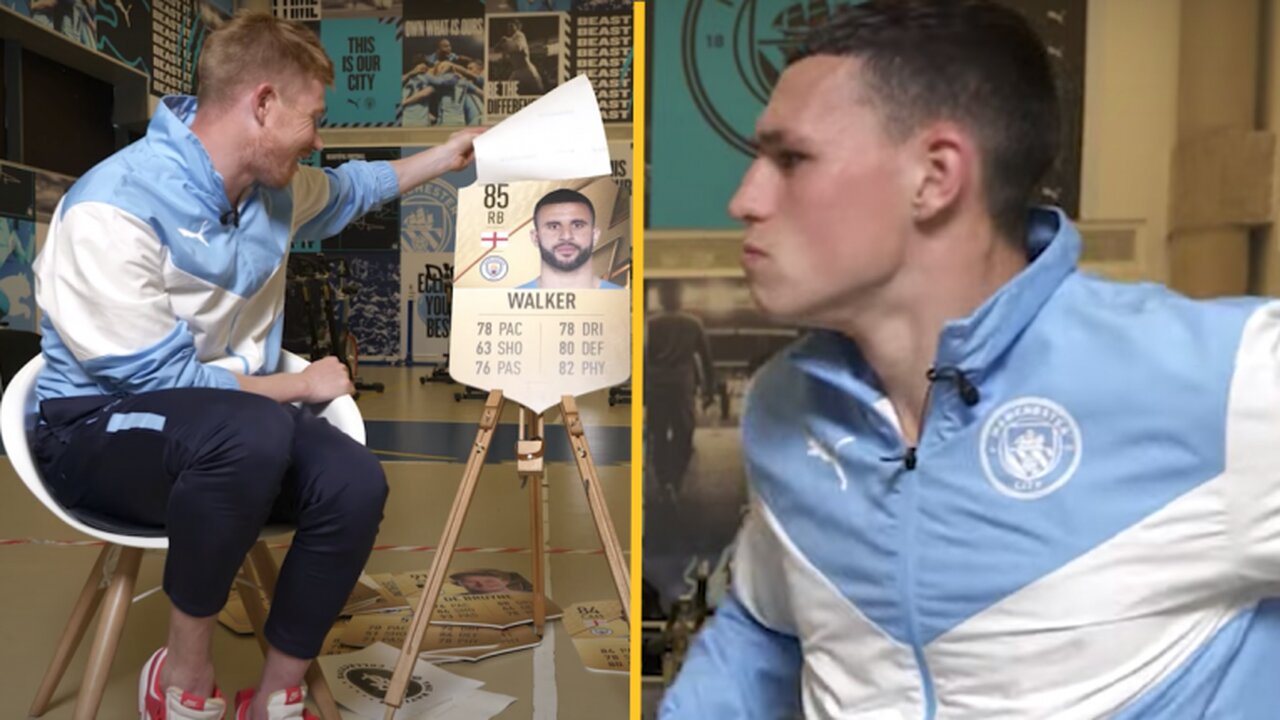 Man City playmaker Kevin De Bruyne was left feeling rather puzzled with a number of his teammates’ FIFA 22 ratings. The Belgian, who was confirmed as the joint-highest rated player in the Premier League (91) alongside Cristiano Ronaldo, was accompanied by Phil Foden as the pair reacted to their teammates’ rating for the popular video game.

The two Man City stars featured in a video that was uploaded on social media by the club on Monday. In it, De Bruyne seemed bemused with the FIFA 22 statistics given to some Man City players by the creators of the game. Young gun Foden also appeared to be taken aback by some of his clubmates’ FIFA 22 ratings.

To make things interesting, Kevin De Bruyne and Foden were shown a number of player’s ratings and they had to guess which player they were for. The two players were in good spirits as they played the guessing game.

When it came to identifying Joao Cancelo, De Bruyne claimed that the card had too much pace (85) for someone like Oleksandr Zinchenko. However, Foden’s wild guess about the player being the Portuguese wing-back was correct.

The two were then surprised at Jack Grealish’s FIFA 22 stats. Foden initially claimed that the low physicality rating (64) meant that it could be either himself or Bernardo Silva. Nevertheless, the two were rather surprised when it turned out to be the club-record signing’s card.

KDB and Foden then had a few incorrect guesses when it came to Ilkay Gundogan’s card. At first, De Bruyne had a chuckle at the expense of Rodri and ruled out the Spaniard due to the dribbling stat (86) on the card.

The two Man City stars were then in awe of John Stones and Ruben Dias’ FIFA 22 ratings. Upon reading Stones’ 83-rated card, De Bruyne stated that he felt the player might have been a defensive midfielder. Foden also agreed that the two centre-backs deserved higher ratings.

Foden appeared to be rather content with his 84-rated card and proudly claimed that those working at FIFA did a good job with his rating. However, De Bruyne seemed unfazed despite being the highest-rated Premier League player.