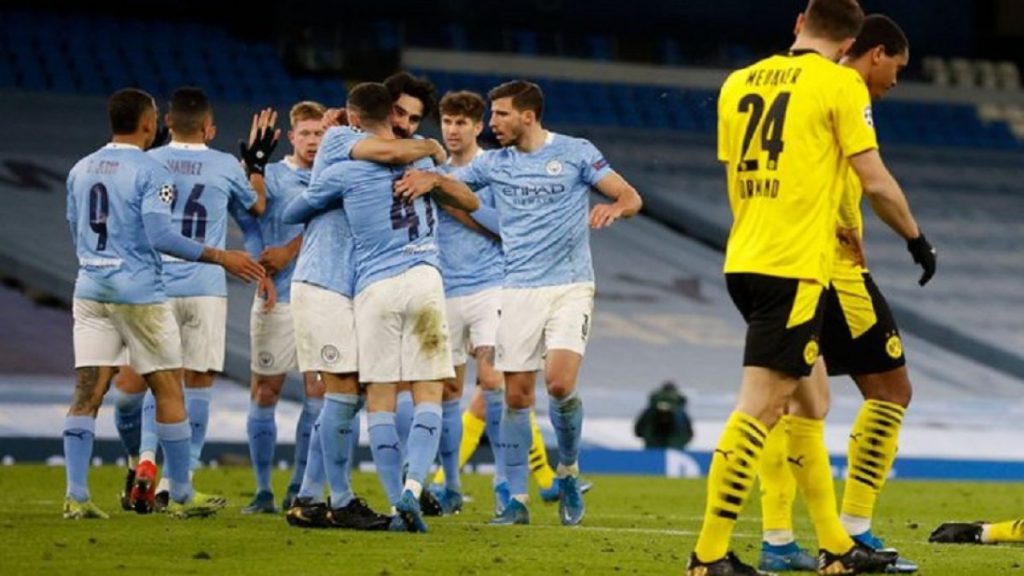 Last night’s game at the Etihad between Manchester City and Borussia Dortmund was one that came with quite a lot of action and controversy. From an overturned penalty for handball to a foul and booking called on Jude Bellingham for what looked like a clean steal of the ball from City goalie Ederson. The 2-1 scoreline wasn’t a true reflection of the game but makes for a more important return leg.

On a night under the bright lights of the Etihad, KDB put in a man-of-the-match performance for his side. A well-taken goal and an overall good performance saw City take a slim lead to Germany for the second leg, next week. His passing on the night was top-notch as usual and would have recorded a number of assists if not for his teammates’ wasteful finishing.

Man City’s attackers on the night were wasteful with their finishing and that creates a tense tie for the second leg. Poor finishing on the night was disturbing for Pep Guardiola who would have liked a bigger winning margin for this game. City were punished for poor finishing by a good Marco Reus finish until Phil Foden made up for his profligacy by tucking home the winner.

Ederson gets away with sloppy play

Late in the first half, Jude Bellingham knicked the ball off the goalie’s toes and slotted the ball into an empty net. The referee blew before the ball was in the net for a foul in City’s favour. This was as questionable as they come and many feel the referee overprotected Ederson when the best thing would have been to wait for the goal and blow the whistle thus triggering a review of the events leading to the goal. A review would have shown that Bellingham knicked the ball and then Ederson made contact with him. Ederson has been known to have good feet but definitely got away with one last night.

The highlight of the night was Rubén Dias bursting his lungs to go shoulder to shoulder with Erling Haaland and make a scoring opportunity 1v2 instead of a 1v1 that could have resulted in a goal. The Portuguese marshaled the young Norwegian well in this first leg and would hope for more of the same in next week’s game.