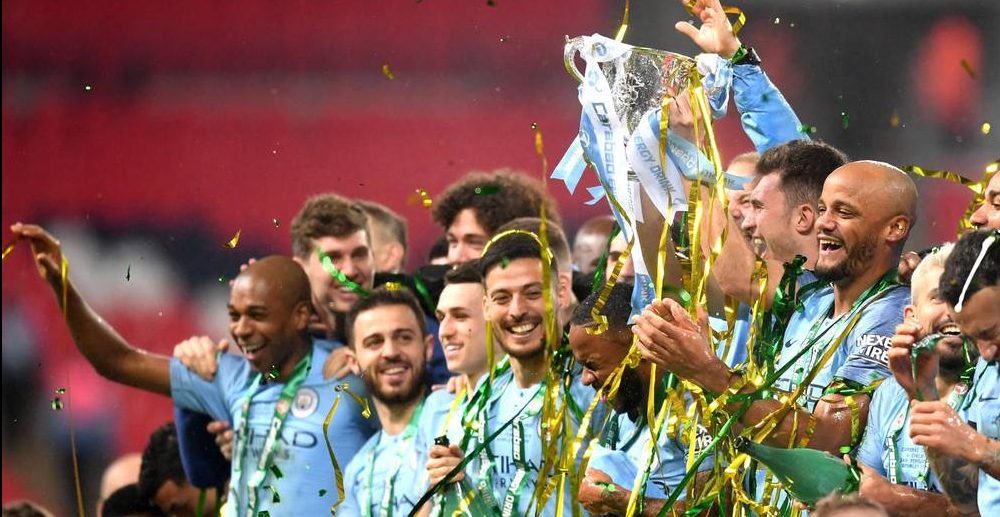 That’s one down and three more to go for Pep CHAMPION Guardiola. Manchester City’s dramatic win over Chelsea in the finals of Carabao Cup has kept them sailing towards their destination of winning four indispensable metallic wares.

A goalless game until the end, extra-time included went down to the wire with City cruising into victory with 4-3 scoreline in penalties. A game no short of drama showcased an unexpected denial of substitution by Kepa Arrizabalaga just before penalties. Kepa’s no to Sarri created a humming buzz around Chelsea bench, with calm Sarri turned so furious that he was going to leave the pitch, the same way he may have to leave the club.

While Liverpool’s draw against Manchester United have taken City only a point adrift to leaders of the Premier League, Liverpool with 11 games to follow. And considering the recent dip in form of Jurgen Klopp’s army, City can fancy themselves as title favourites. As for FA CUP, City’s only major concern will be Manchester United, who are on one hell of a journey, yet not as good as Manchester City. 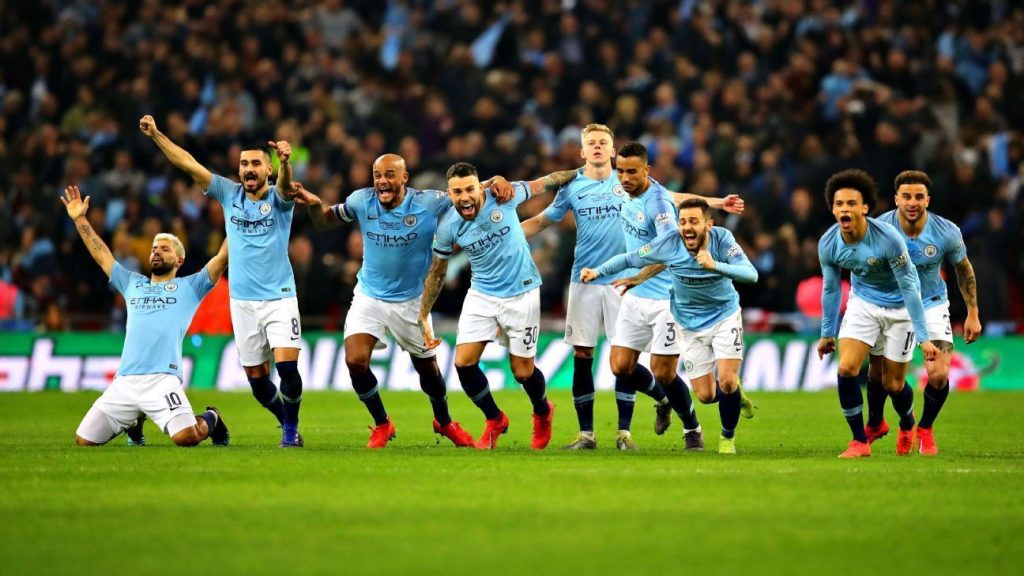 Despite the fact that City have ability, capability and zeal to win the Quadruple, Pep Guardiola denies the fact of being talked about “Glory.”

“Ask me this question in April or May and after I will tell you the answer,” Guardiola told reporters. “I will not lie to you in May. But now it is February and it is impossible to talk about that.”

“It sells an illusion – how many times, in England, has one team won four titles in a season? Don’t put that pressure on our shoulders because we don’t deserve it.”

“First, for the club that we are, historically. But the legacy in Sir Alex Ferguson’s Manchester United – he never did that. Liverpool in the 80s, how many Champions Leagues European Cups did they have in their pockets? They didn’t do that.”

“So don’t put the pressure on one team in February or November or December to say you have to win four titles, it’s impossible. In May, we will see.”

“It sells something that isn’t true, because after that you, the media say, ‘Manchester City failed because they didn’t win four titles’ or ‘they only won three titles’, when it’s only happened once in its whole life. That is not fair on us.”

“So we’ll try to win the next one and after, in April or May, we will see how our position is.”

There is no Premier League to have achieved the Quadruple GLORY, leave four trophies apart, if City are to win treble, they’ll be the only second team to do so, after Manchester United. Let’s hope for the best and expect the same from our boys and chant the world cup anthem of England for our boys,”BRING IT HOME”