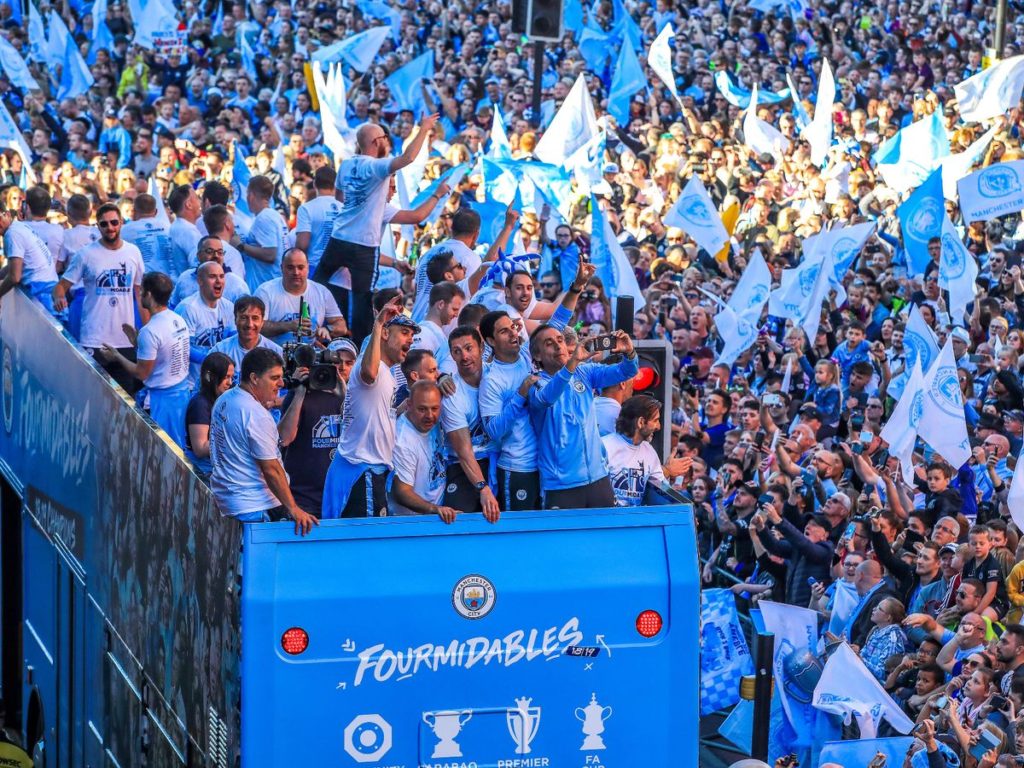 With just about two months to the end of a rollercoaster 2020/21 season, Manchester City are in the running for a historic quadruple. Top of the league, in the Carabao cup final, FA Cup semi-finalists and Champions League quarter-finalists. But what are their actual chances of pulling this feat off?

Pep Guardiola and his charges are 14 points clear of second-placed Manchester United, having played a game more. Man City faces Leicester City this weekend and Chelsea on 8th May, with these two games being pivotal to their successes. The Cityzens will know that the title is theirs to lose and would do everything possible to wrap the title up as soon as possible.

The English league cup final presents Manchester City with a chance to defend a title they’ve won consecutively since 2018. Pep Guardiola’s side will come up against Jose Mourinho’s Spurs at Wembley on April 25. The tie is significantly based on the history between both managers over the last decade. The form has little to do with the final and both teams will work hard and suffer during the game.

Manchester City have a chance to a 4th consecutive trophy but know they can be hurt by the Spurs’ functional attack. Guardiola will be looking to hand long-time rival Mourinho, his first loss in an English League cup final.

Manchester City will face Chelsea in the semi-final of the FA Cup at Wembley. The players will be buoyed by the prestige of the oldest English competition and would give their all to reach the final. A game against Chelsea is by no means easy against a team that is yet to lose a game since Thomas Tuchel arrived at the club. Wembley holds a lot of memories and history for both sides and a chance at returning to Wembley for a final will be at stake

The Champions League is the most elusive trophy in Manchester City history and that has been a goal in recent seasons. Man City have failed to cross the Quarter-finals on three occasions losing to Liverpool, Tottenham, and Lyon in that time. A game against Borussia Dortmund presents a chance for City to reach the semis. The route to the final isn’t easy at all, with the Cityzens facing Bayern or PSG in the semis if they manage to get past Dortmund in the quarters. The road to Istanbul is a tough one and Pep Guardiola and his charges will need to take every game as a final if they’re to finally get their hands on the elusive trophy.