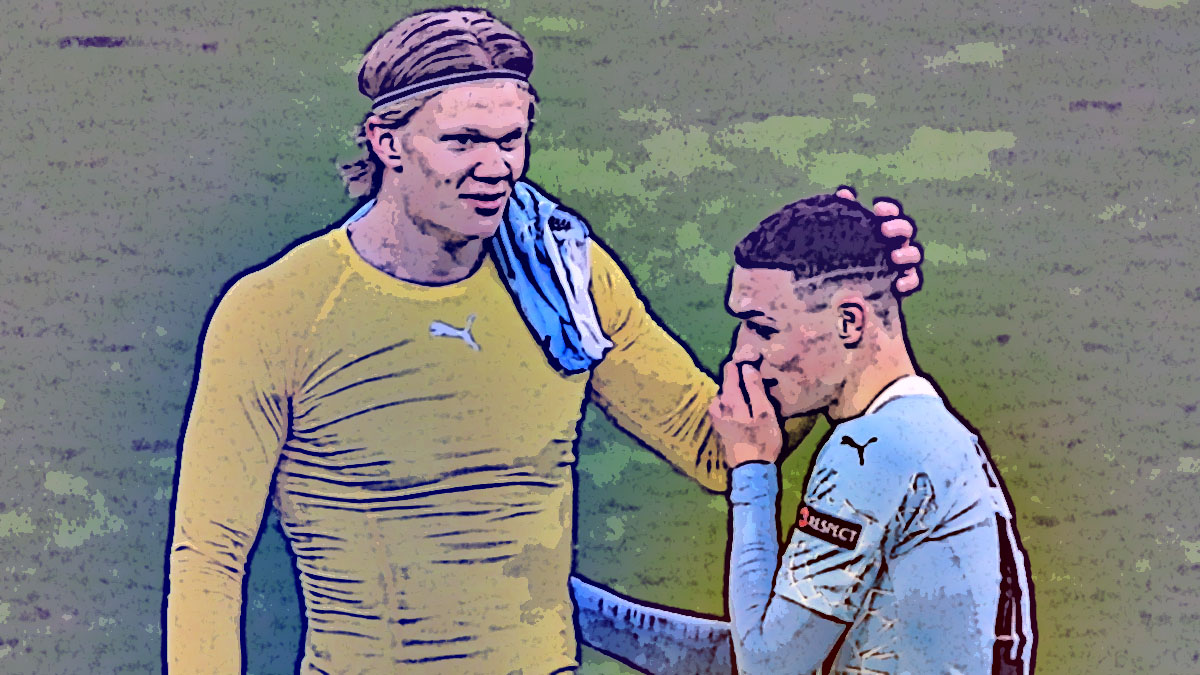 Manchester City have confirmed the capture of sensational Borussia Dortmund forward Erling Haaland. The Cityzens confirmed the agreement in principle with the Bundesliga side after months of rumours that they would do everything possible to sign the striker.

Manchester City can confirm that we have reached an agreement in principle with Borussia Dortmund for the transfer of striker Erling Haaland to the Club on 1st July 2022.

The transfer remains subject to the Club finalising terms with the player.

Pep Guardiola has been on the hunt for a goal poacher since Sergio Aguero’s injury troubles started with their failed chase of Harry Kane being the highlight of the search.

Haaland joins Man City after two years in the Bundesliga where he has enjoyed a rich goalscoring record matching Bayern striker Robert Lewandowski on multiple occasions despite his young age. The Norwegian will earn around £375,000 per week, at par with City’s highest earner Kevin De Bruyne.

His addition to the City ranks is aimed at equipping them with a striker that can convert chances with ease. Erling would also be required to be a big player especially as the Cityzens hunt for the Champions League trophy next season.

Erling Haaland will officially join City on 1st July 2022 after passing his medical on Monday. He turns 22 in July but before joining Manchester City will say goodbye to Dortmund fans in the final home game of the season this weekend.