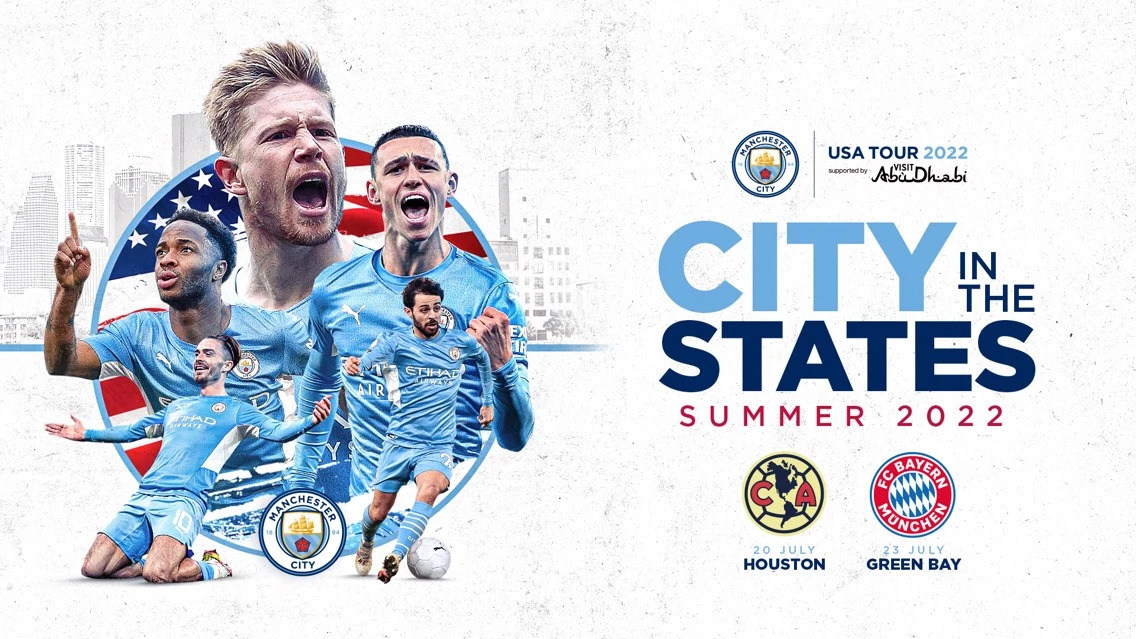 After two years of no pre-season games outside Europe, Manchester City are heading to the United States. The 2022 pre-season tour will see Man City play two games, one in Houston, Texas and the other one in Green Bay, Wisconsin – with the latter being the first-ever football match hosted at the iconic Lambeau Field.

This year’s tour has been modified due to the complex situation in terms of international football arrangements. Continental qualifiers will take place in June while this year’s World Cup will take place in November, a shift from the usual summer scheduling. As such clubs worldwide have been forced to restructure their pre-season plans to reduce player fatigue ahead of a long season.

In Houston, Man City will be playing a friendly against Mexican side Club America at the NRG Stadium on July 20. For Pep Guardiola, this game would offer him the opportunity to evaluate youngsters and new addition, Julian Alvarez.

Three days later, the Cityzens will lock horns with German champions, Bayern Munich at Lambeau Field to round off their two-game pre-season tour of the US. Pep Guardiola would relish the opportunity to get one over his former side even though it’s just a friendly match. “We are looking forward to hosting a different kind of football at Lambeau Field this summer as we welcome FC Bayern Munich and Manchester City to Green Bay,” said Packers President and CEO Mark Murphy. “Our home stadium is renowned for its history and tradition, and we’re honored to host two equally historic clubs from across the pond. We’re looking forward to seeing their devoted supporters from around the world attend Lambeau Field’s debut soccer match.”

We will travel to the United States for two pre-season friendlies in preparation for the 2022/23 season! 🙌

Tap below for more details of our trip! 🇺🇸👇

Despite it being a short pre-season, Pep Guardiola is expected to drill his team as they step up preparations for another title push in the league and Europe. If City are not involved in the community shield, they could play another in the US or in Europe at the end of July.