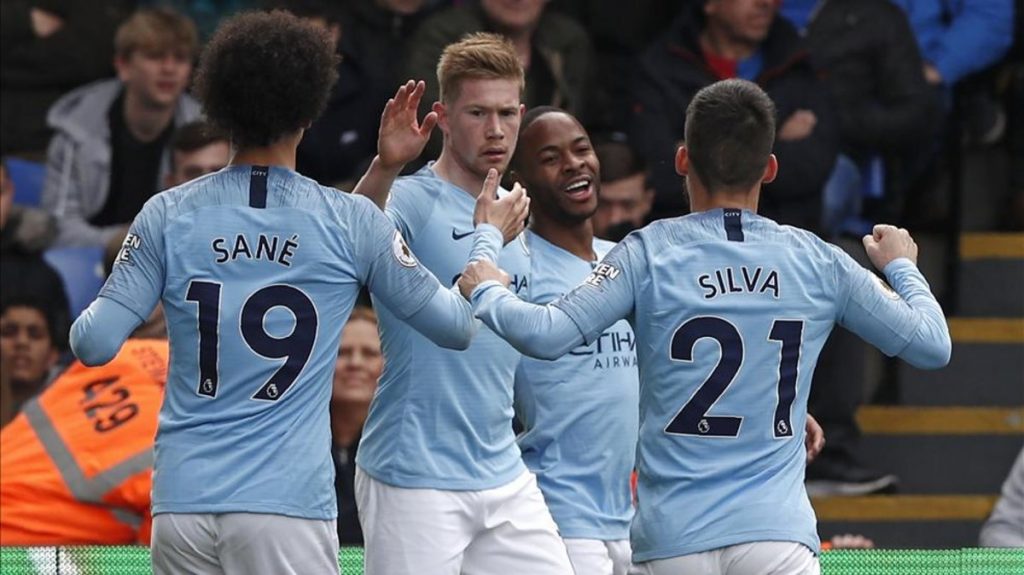 In the midst of a tasty title race where Liverpool are chasing the champions with a point, I strongly believe that this race of honour will go on until the end of this season.

With a 3-1 victory over Crystal Palace, we now stand two points behind table toppers Liverpool with a game in hand. Just after our win against Palace, Jurgen Klopp’s army successfully collapsed Maurizio Sarri’s troop with a 2-0 win, calling us for a competitive title fight.

The reflection of City in Premier League is absolutely opposite to their’s in Champions League where they are meeker and incompetent as compared to a strong and complete side in Premier League.

After a 1-0 loss to Spurs in first leg of Champions League, I along with thousand other Citizens had thought that our title hopes have now been slipped! Wanted to hear something like this? Sorry, when it comes to Premier League, we of all fans know that who has to be really scared of and it is the opposition.

The title race is now more fun, interesting and illustrious with two top clubs depending on another to make a havoc of mistake which seems unlikely to happen, given the form they two are in. If we go on to win all the five competitions, Liverpool won’t help themselves but only brood over losing even after being defeated only once in this Premier League.

The team that stands between us and the title is again the same team that delayed out function of lifting the title last season, Manchester United and to defeat the Red Devils who are hungry for our blood (always) would be a mountain to climb which if we do successfully; history books will be ours.