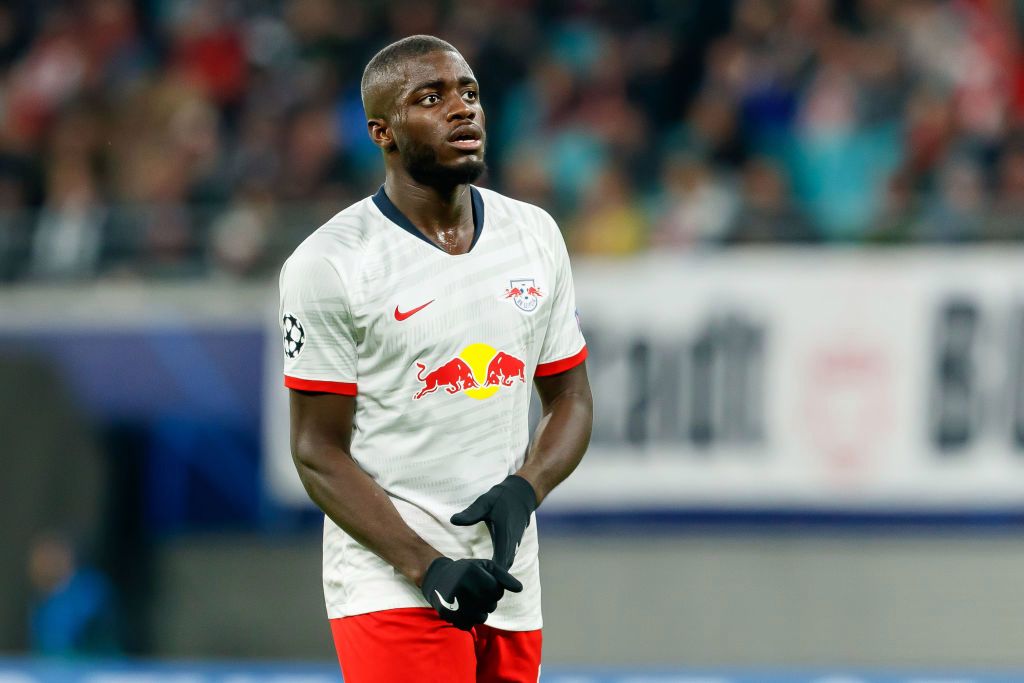 Manchester City and United both have joined Arsenal in a race of signing Dayot Upamecano; the RB Leipzig centre-back determined to join Premier League.

According to Sky Sports, the Blues of Manchester and the Red Devils are both interested in getting Upamecano this summer. While City are looking for two centre-backs; United need one.

Sky Sports also mentioned the long interest of Gunners has subdued in the youngster who were in the deepest need of a centre-back after signing Pablo Mari and the arrival of William Saliba.

The youngster is also being targeted by the teams apart from the Premier League with the Bundesliga champions Bayern Munich competing with Real Madrid.

Upamecano is in his final year at Leipzig and is tagged with a fee of around £52.5 million. Arsenal had bid the same amount last summer but were declined by the club which may not be the case this season.

The Coronavirus pandemic may help either Manchester as this Bundesliga club would be vying financial support in order to meed their operational need and for which they would be willing to sell Upamecano this summer.

Who wins the derby is still doubtful: like always.