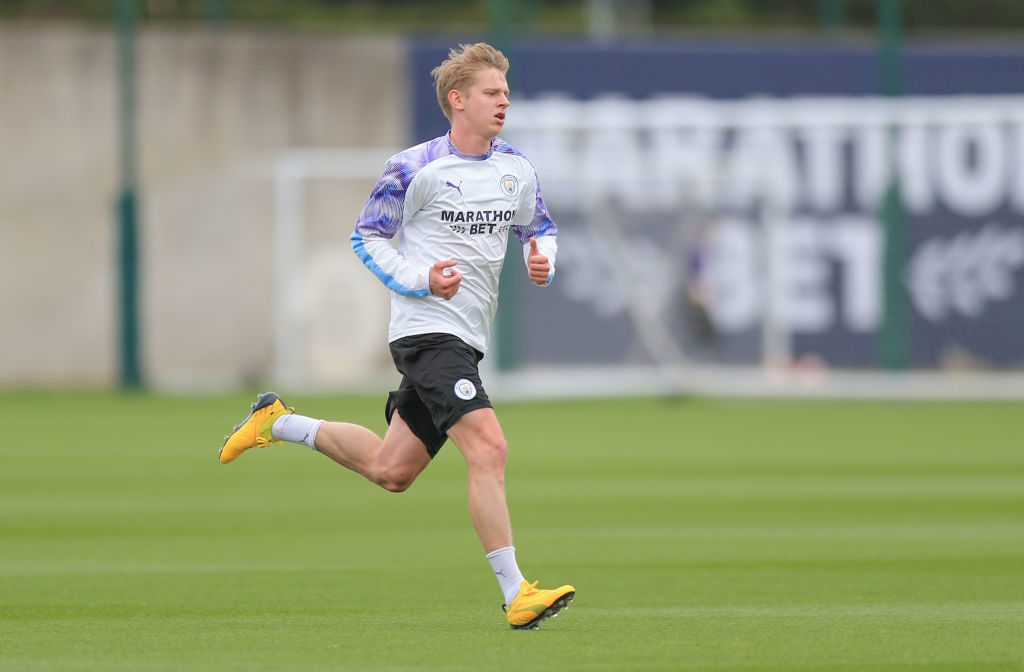 The 24-year-old was first-choice left back at the start of last season, with Benjamin Mendy still recovering from a previous injury, however has fallen down the pecking order since then.

The signing of Nathan Ake from Bournemouth in the summer, who can play in the left-back slot as well, has meant Zinchenko has been restricted to just 12 minutes of play in the league so far this season. Reports claim that Guardiola has informed the defender to look for a move away in January, as there would be no guarantee of regular first-team football at the club.

A source inside Manchester City talked to 90min regarding the player’s current situation at the club, “The situation is that a number of clubs are very keen on Zinchenko and the club have made their price known, and it is not putting anyone off.”

“He is a very talented player, and now it will be up to him whether he leaves or not but he has seen his chances hugely limited this term and is now seriously considering his options.”

Man City had bought Zinchencko from Russian club Ufa back in 2016, on a measly £1.7million fee, and has thoroughly repaid the investment in his time at the club so far.

The youngster refused offers from clubs like Wolverhampton Wanderers back in 2018, and acted as an emergency left back when both Fabian Delph and Benjamin Mendy were out injured for a long period of time.

However, with Joao Cancelo and Nathan Ake both making suitable full-backs in the current team, Zinchenko has made just five appearances in all competitions this season.

Wolves, back in 2018, were prepared to hand over £16 million and now, the number of clubs lining up for the player has increased drastically, with Southampton, West Ham, Leicester City already said to have made contact with City for Oleksandr Zinchenko.

He used to play as an attack minded midfielder before joining City and still continues to play there for the Ukranian national team. His excellent versatility has allowed him to mould his game as a perfect modern full back as well, excellent in defending one-on-ones and showing brilliance going forward.

With Guardiola no longer offering the guarantee of regular football at City, a move away from the club seems like the best bet for Zinchenko. At the age of 24, Zinchenko has already picked up 35 caps for his national team and carries a vast amount of experience and will prove to be a real asset for any Premier League team.