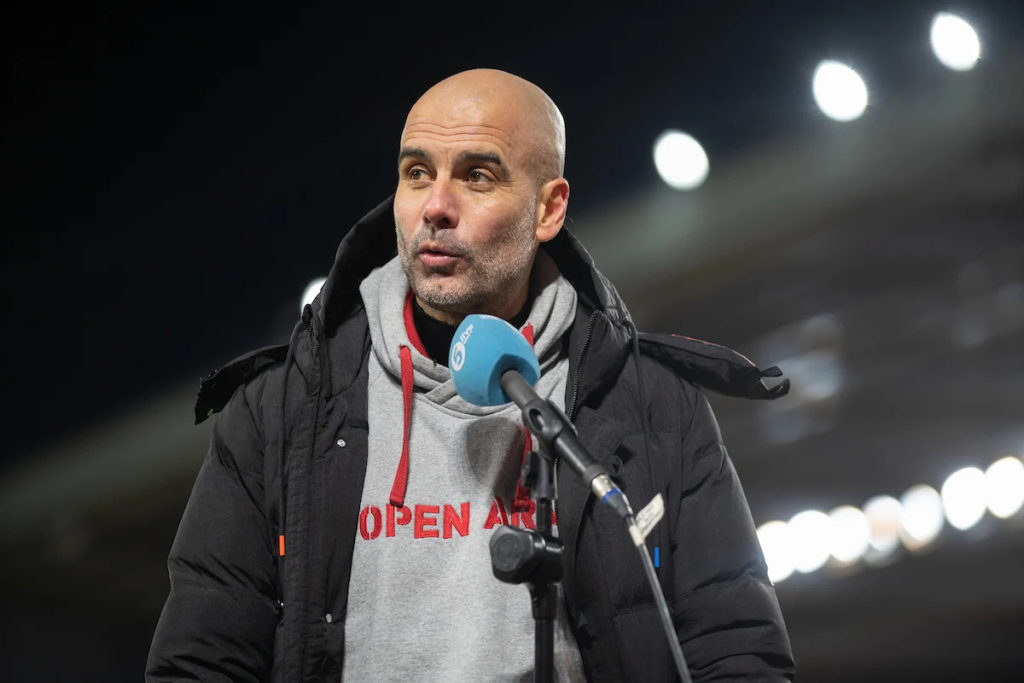 Manchester City will resume their Champions League campaign as they face Borussia Monchengladbach in a late kick-off. The odds definitely predict Man City to go through, yes, it does confuse me sometimes which is why I use the lucky 15 calculator to assume my stake.

With the return of Champions League football as the schedule intensifies, Pep Guardiola insinuated about granting rest to his key players in his post-match press after City’s win against Everton in the mid-week as they face Arsenal on the weekend before boarding the flight to face Borussia Monchengladbach.

“The schedule can get you depressed as it’s too many games. The guys need rest but at the same time it is a beautiful challenge”, the Spaniard said after Man City’s win against Everton.

“We have the Carabao Cup final then we are back here for the FA Cup [at Everton]. We don’t look at the calendar just the next one. It’s non-stop but we recover well and try to win the next one.”

The Blues from Manchester face a testing run of fixtures over the coming week, as they’d meet with Arsenal followed by Champions League ties with Borussia Monchengladbach, along with a game against West Ham, Fulham, and a potential title clincher against their City neighbors in Manchester United.

In Wednesday’s post-Everton press conference there was an affirmation about Sky blues being heavily rotated for the match against Arsenal on Sunday as Guardiola spilled about having no choice but to make changes.

“If you see the schedule we had in November, December, January, we’re in the FA Cup, Carabao Cup, Champions League to the end and you see the schedule we have at the end of February and especially all March, when Premier League included two more games in that period against Wolves and Southampton we don’t have one week off so everybody is going to play,” Pep continued.

The Spaniard added that he will be selecting a ‘new’ team for his side’s trip to the Emirates: “Today is the decision and against Arsenal we’re going to play new ones”.

Knowing Pep Guardiola we could certainly expect hefty rotations, and on the positives City also have Sergio Aguero & Kevin De Bruyne returning. So there could be a place for the duo in the lineup against Arsenal though I’d not expect the Belgian to be rushed considering Pep’s priority of Europe’s elite title as Premier League looks comfortable as of now.