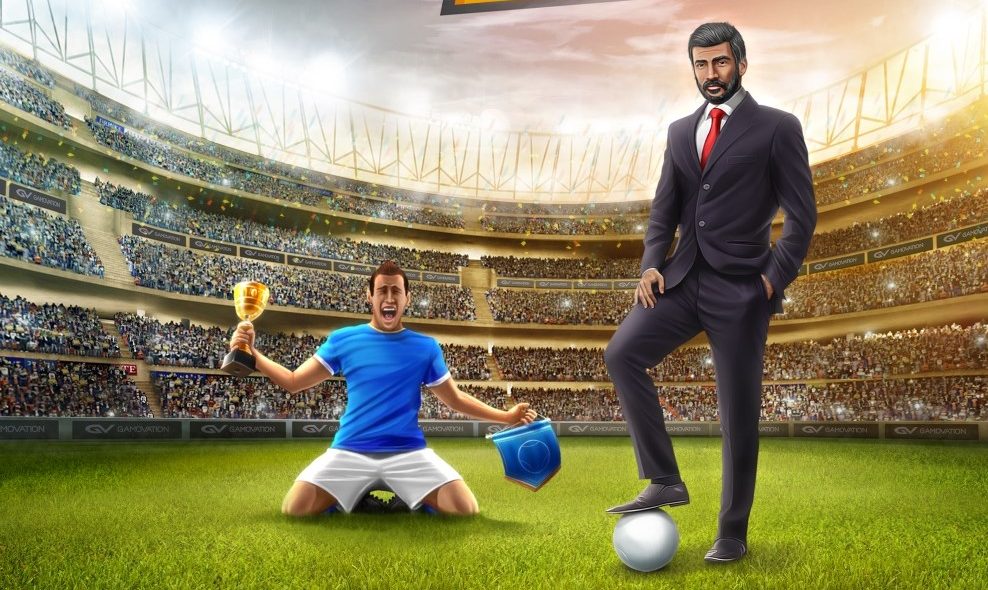 Manchester City have never won the English Premier League title on the bounce, but all that may quite rightly be reduced to ancient and irrelevant history. Although the fans, and most assuredly the petrodollar billionaire owner would wish nothing more than to see City clinch the Champions League title, the nearest realistic target would be to profoundly conquer England for the second successive year before incorrigibly flirting with the most coveted prize in Europe.

Now in his third year with the club, Pep Guardiola, who has a penchant for starting the season with a bang, has already established a two-point lead at the helm of the League after just eleven games into the 2018/19 EPL campaign.

The Citizens are similarly top of their Champions League group midway through the group stages, and could, to speculate on the range of possibilities, mount a spirited challenge to the latter stages of the European tournament.

Much like he did during his time at Barcelona and Bayern Munich, the Spaniard has completely revamped and augmented the Manchester City side he inherited three seasons ago; transforming them into a regal side with an explosive attacking line.

Although the City gaffer is blissfully aware of prevailing concerns within his defensive ranks, his charges are nonetheless becoming increasingly harder to beat and harder to shackle, seeing as they are yet to face the sting of a defeat this season. 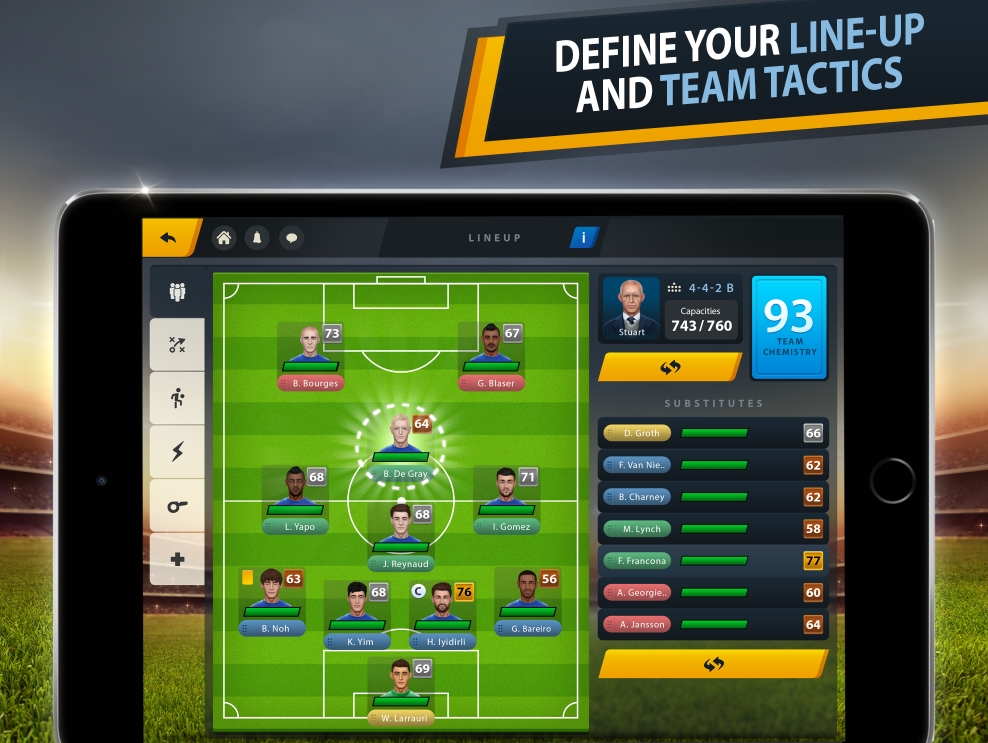 Whereas not everyone has the distinct privilege and great honor of managing at the highest club level, you can still make your mark as a football manager by playing Club Manager. Unlike some games which just skimp over the features, Club Manager has been designed with a simple yet extensive UI that guarantees a true pick-up-and-play club manager experience; not just rewarding you for your efforts but also challenging you to reach the very pinnacle of your preferred league.

Pep is one of the most gifted tactical geniuses in the modern game. One of the underlying reasons behind the success is his tactical flexibility and willingness to rotate key positions. With the help of Club Manager, you too can hone your managerial skills by freely initiating any necessary adjustments to your tactics and team section, whilst playing a number of matches across a variety of leagues.

Whenever there is hard work, reward isn’t too far behind. You will as such be rewarded for your progress, not to mention having the liberty to manage your finances and scout for key transfer targets to upscale your team-with the ultimate aim of cementing your team’s place in history by winning both Leagues and Cup competitions. 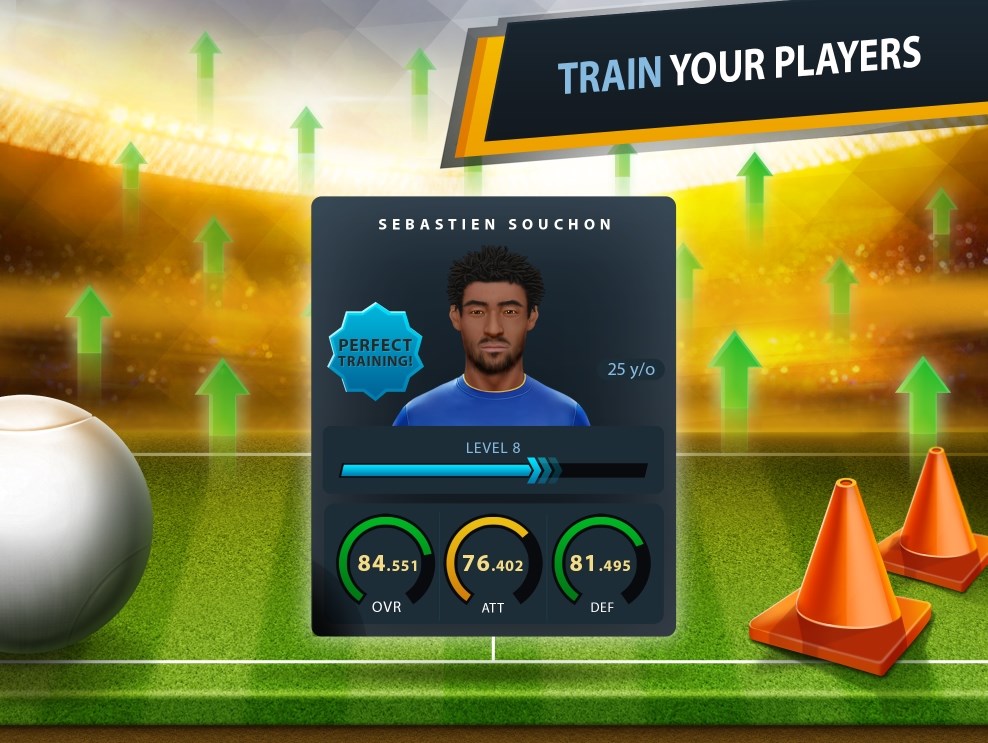 One principal driving force behind every managerial success is maintaining the fitness and general well-being of your players. Developing the quality of your pitch will slim the chances of costly injuries being sustained by integral players in your team, and, in the grand scheme of things, increases your chances of winning home games more convincingly, while improving on your stadium capacity will grant you more financial bonuses for every home encounter.

Enhancing your gym will without question improve key areas of your players’ stats, as they can then train more productively, whereas upgrading your match manager will reduce the time between each divisional match.

Playing exhibition matches will put your tactical nous and team selection procedure to test, even as you play the divisional matches with the aim of climbing up the leagues. 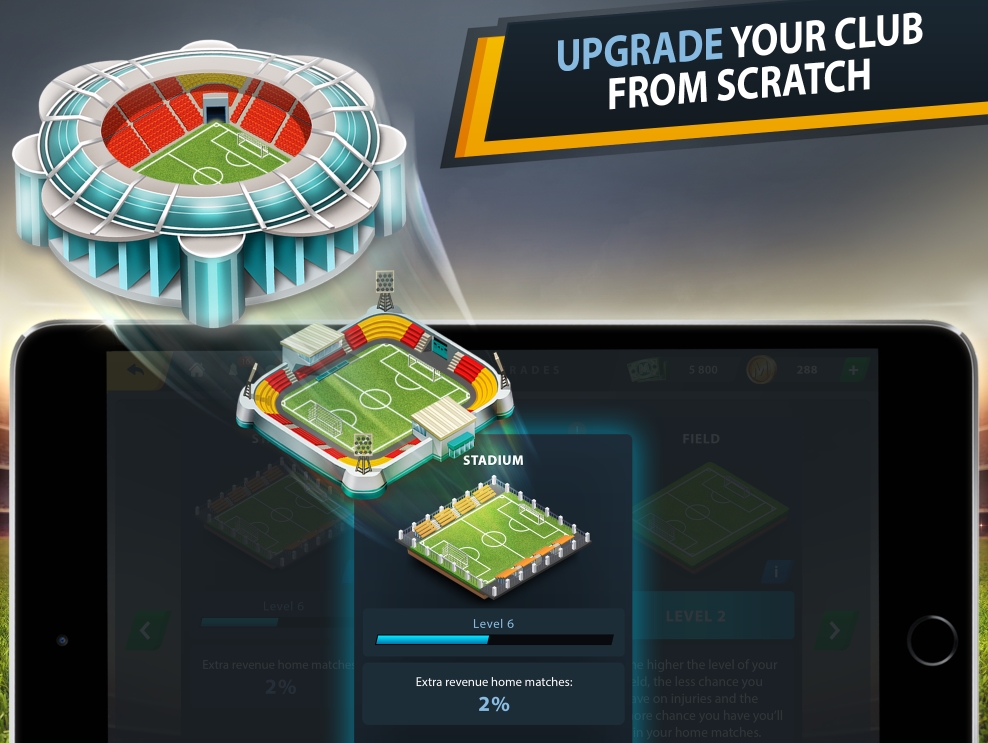 You can likewise create your own pool of matches to pit your team against other users in a round-robin format; all this made available across all major platforms be it iOS, Android or PC (desktop or via browser game) so that you will at no particular point feel ring fenced from your friends or any other players.

Based on this evidence, you would do best to keep close tabs on the official release announcement that is scheduled to be made soon, as Club Manager 2019 will, by a long stretch, be the best football manager game in the world.