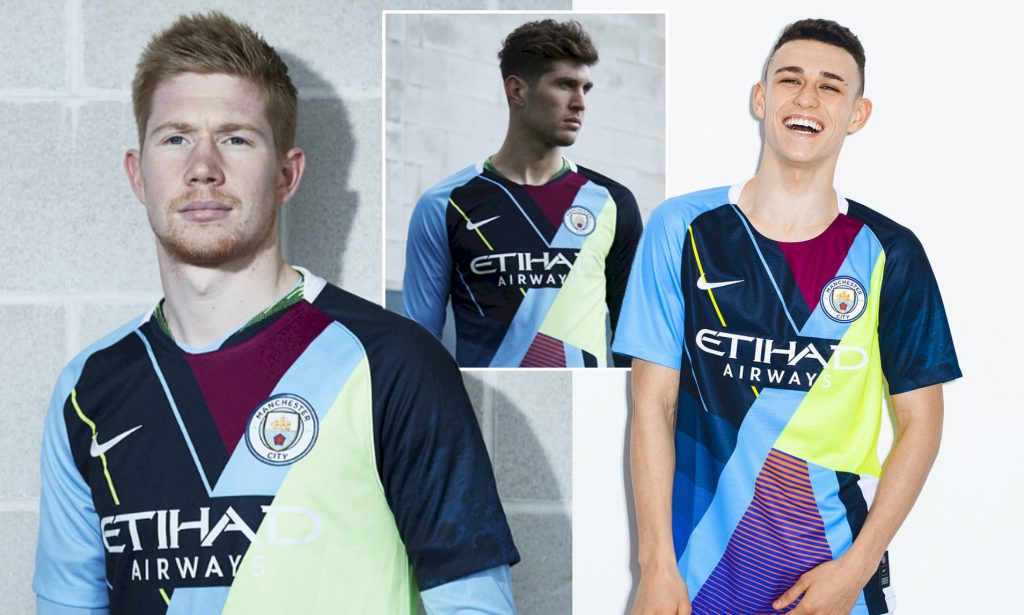 Manchester City’s new mash up create strikes a mixed feeling of emotion amongst the fans, most of it being that of upset.

The new homage shirt of Manchester City is a recent mix of previous nine style of shirts that the Blues had worn. In association with Nike have they released a kit that may be worn by them in the warm-up of upcoming Premier League games.

In the Saturday’s game against Fulham and all the upcoming warm-ups, The Premier League Champions may wear the same kit which is being mocked on by the fans on social media. Some term it as “ugly” many as a “bizarre”

“Manchester City and Nike have unveiled a new shirt that pays homage to some of City’s best loved kits over the past six years,” the club said.

“This limited-edition celebration jersey brings together nine fan favourites and blends them into a new design which will be available for fans to buy.

“Among the kits is the home shirt from City’s centurion season in 2017/18 in which they broke the Premier League record points tally, and the third shirt from their domestic double-winning campaign in 2013/14.”

Here’s a look on the mixed emotions the fans had.

Paying homage to some of our best loved kits over the past six years! 🔥⁰

This has to be the most disgusting kit I have seen in my life. Come on @ManCity you are better than this. https://t.co/gjOtgtfx9c

Manchester City have released this monstrosity of a kit. #mcfc pic.twitter.com/KF0SeAqWVf

Pretty impressive to have a mash-up of every kit in the clubs history, well done @ManCity 👌 https://t.co/260Ezv19JW