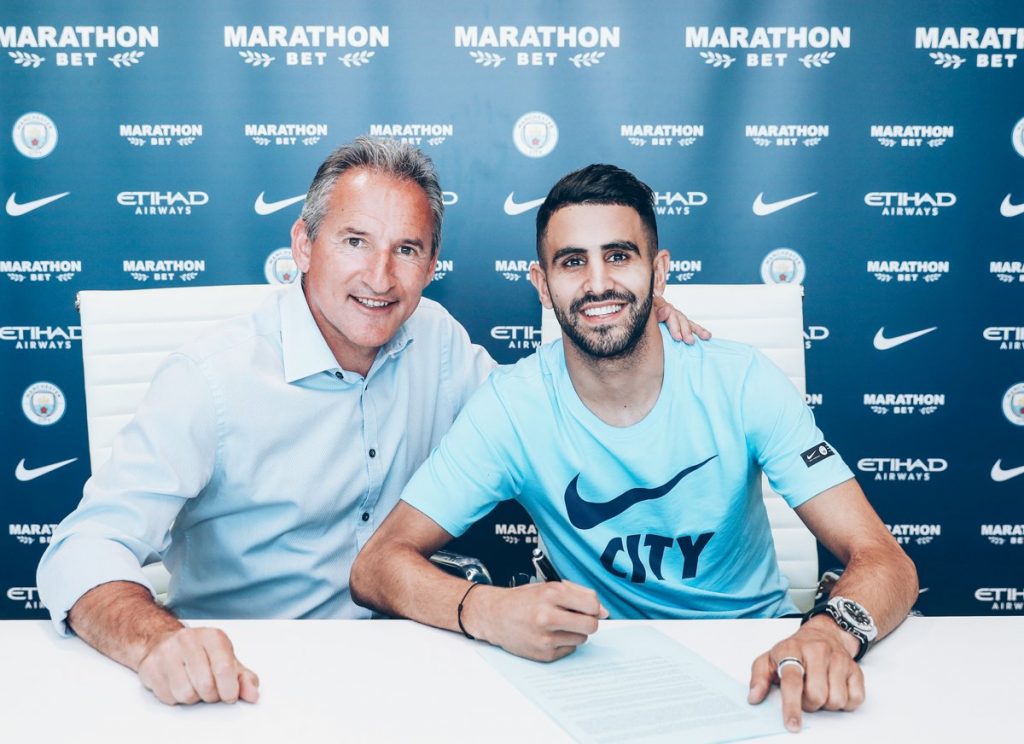 Manchester City have completed the signing of Algerian star Riyad Mahrez from Leicester City for £60million.

Mahrez penned a five-year deal and opted to take the squad number 26 shirt.

Mahrez was one of Pep Guardiola’s premier transfer target and probably the most important one. Mahrez was strongly linked with a move to the Etihad stadium at the end of January transfer window but the move fell through.

“I am so pleased to have joined City, a side playing great football under Pep Guardiola,” Mahrez said.

“Watching them from afar has been a pleasure. Pep is committed to playing attacking football, which is a perfect for me, and City’s performances last season were outstanding. They’re redefining the English game and I wanted to be a part of it.

“I think we can be successful over the coming years and I believe my own game can develop under Pep’s management.”