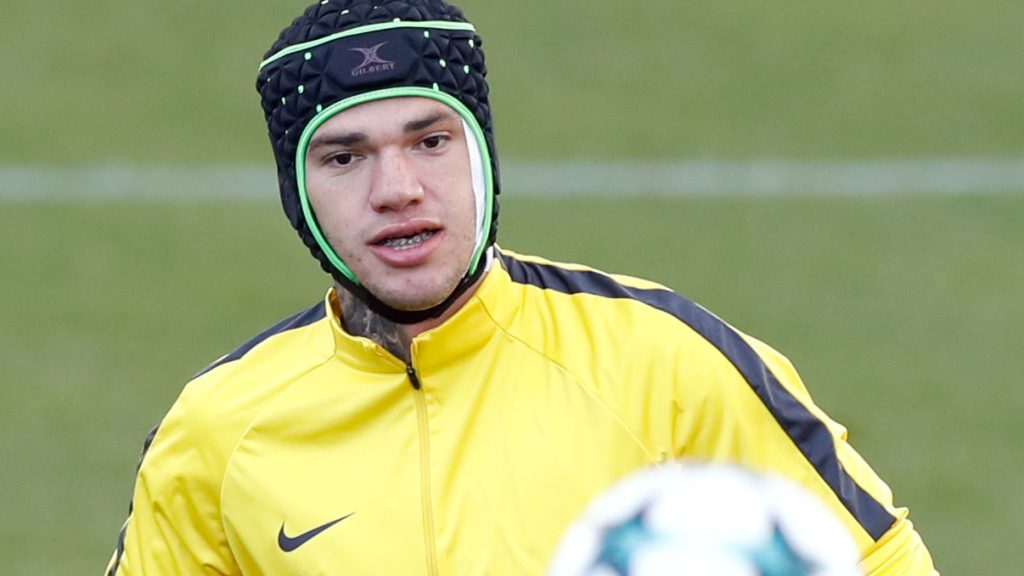 As per the report, Manchester City goalkeeper Ederson Moraes returned to training with Skull cap similar to the one so often worn by Arsenal’s Petr Cech following his horror collision with the right boot of Sadio Mane on Saturday.

The current condition of Ederson’s face after he was struck by Sadio Mane’s boot… pic.twitter.com/xxyGRHrs8X

Manchester City are currently assessing the Ederson’s fitness levels ahead of deciding whether he can start in the club’s Champions League group stage opener against reigning Eredivisie champions Feyenoord in Holland on Wednesday.