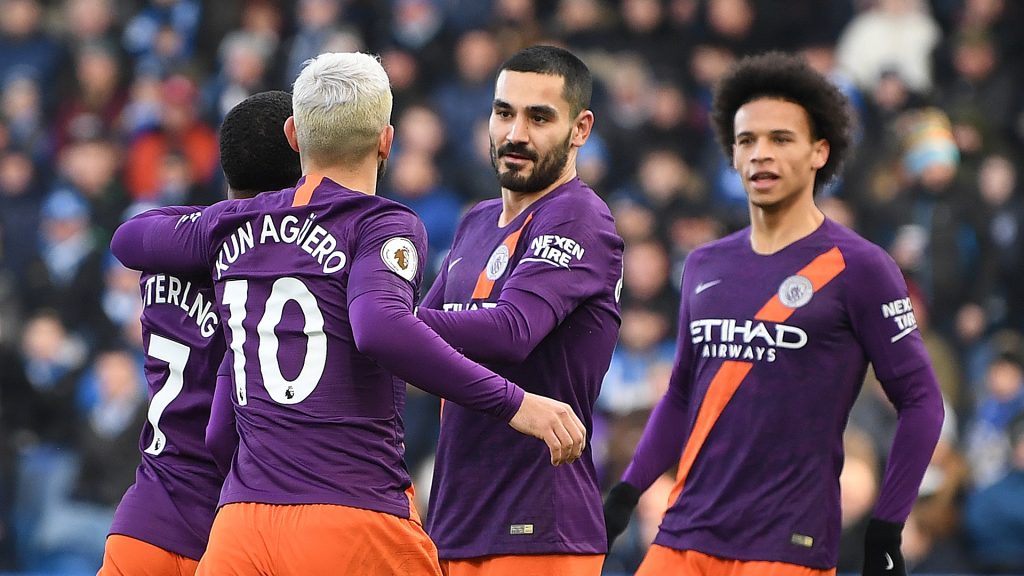 Looks like Manchester City’s Boss always has a line of improvement in his sight. After City’s demolition in a 3-0 victory over Huddersfield on Sunday’s afternoon, the manager still felt that City have areas to work upon and fill in the gaps to bridge the gap between table toppers Liverpool and themselves.

With this game, City became the first team in Europe to reach milestone 100 mark in as early as January, albeit all this they are 4 points behind league toppers Liverpool, which seems to be the area of Guardiola’s distress.

“This game can teach us and show what we have to do to improve,” said Guardiola.

He further said,”We try to score as much goals as possible.”

“It’s important that a lot of players score goals – wingers, attacking midfielders. It’s nice to have that situation with a lot of competition to score a lot of goals, so it’s good.”

The City manager’s stress was imminent in his forthcoming sentences where he briefly described the reason for his concern. The manager was unhappy with the way his team started the game and a deflected goal of Danilo’s strike did not please him that well.

“The way we played, we didn’t deserve more than three goals,” Guardiola said. “We will improve in the future. We have to demand more from ourselves in every game and do our best, but sometimes it’s difficult. They defended deep and man to man.”

Guardiola is evident that his team will give a tough fight to Klopp’s army. The manager would want to be in first place where Liverpool are standing and to take over Liverpool Manchester will not have to lose games and focus on a game at once.

Guardiola when asked about Liverpool said: “I’d prefer to be in Liverpool’s position but all we can do is win our games so what should I say?

“We have to win our games and improve, so now I need to analyse what we have done in our games to improve. I’ve said many times I cannot speak in every press conference about Liverpool.

“They are at the top, so all we can do now is focus on the second game of the Carabao Cup semi-final. We will see.”

Manchester City are giving their all to be on the top and in order to defeat Klopp’s army, City can’t take any game for granted. All the forthcoming games have to be City’s best performance which will keep the Reds on tenterhooks.