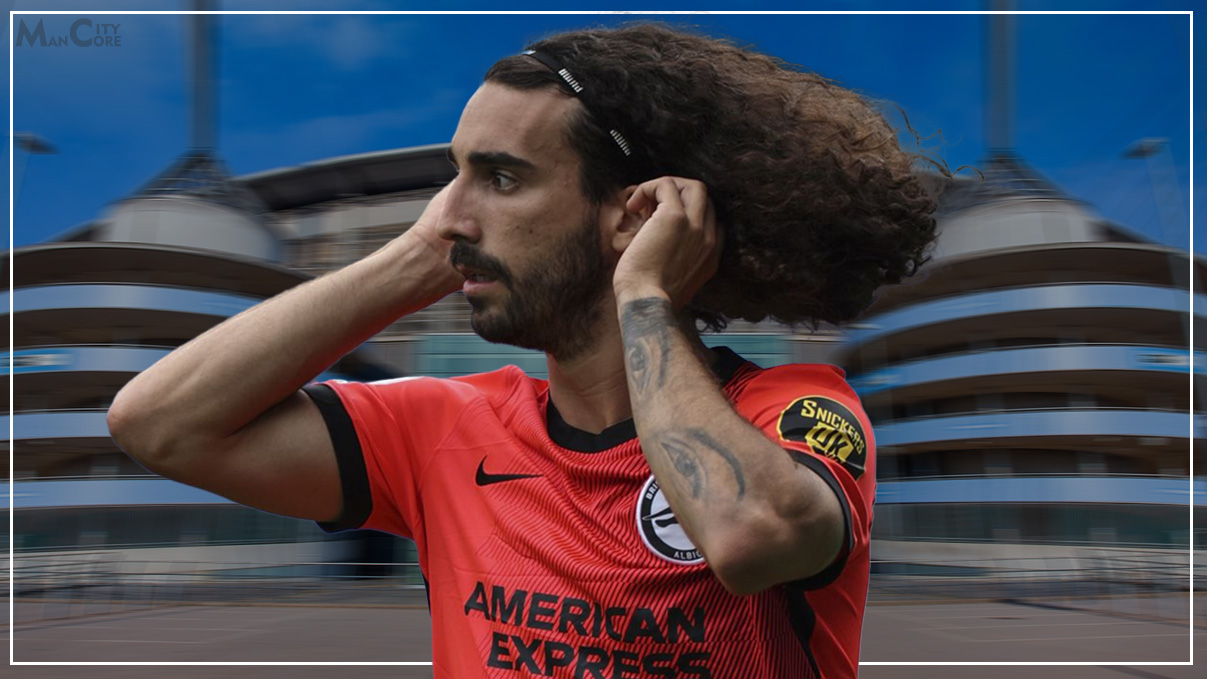 The chase for Brighton & Hove Albion full-back Marc Cucurella has taken a different turn after Manchester City were unable to meet Brighton’s £50m valuation of the 24-year-old. Premier League rivals Chelsea are reported to be negotiating with Brighton to bring the defender to Stamford Bridge.

Chelsea are pushing to hijack Marc Cucurella deal! Direct talk today with Brighton – Levi Colwill could be part of the negotiation. 🚨🔵 #CFC

Man City had been in talks with the Seagulls in their quest to fill the spot left by Olek Zinchenko who move to Arsenal a few weeks ago. An offer in the region of £40m was rejected last weekend with City said to have no interest in paying the £50m being demanded by Cucurella’s current club.

Should Manchester City no longer be willing to negotiate it could clear the path for the Londoners to sign the left-back as they strengthen their back line.

For Man City, it would mean moving on to other more viable and cheaper options. Benfica’s Alex Grimaldo is one name that has been mentioned as an alternative to Cucurella. Grimaldo is a graduate of La Masia and is seen as good enough to play for Manchester City and Pep Guardiola. It is rumoured that Benfica could accept a fee below £20m as the 26-year-old enters the final year of his contract.