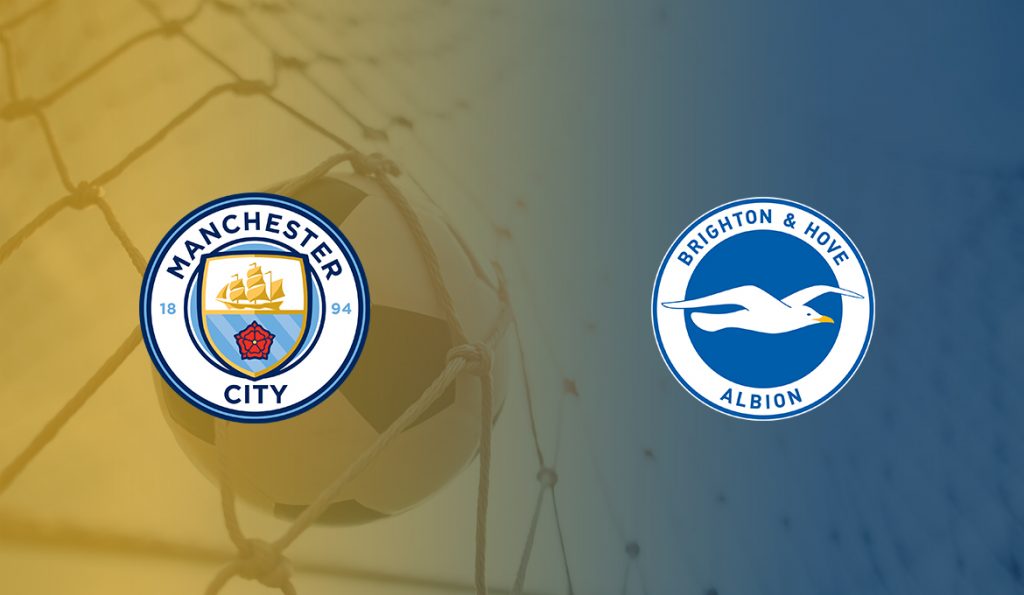 Manchester City will look to regain their most-preferred spot in the points table when they invite Brighton to their den. The Champions would have been at the top if there was no VAR in place. Nevertheless, City know how to win and will surely do so this time too.

Brighton travel to City with the tag of underdogs tied to their bags. The club, however, has shown glimpses of what they are capable of and it’s their physicality that can be tough for City to work against.

The defending Champions are aiming to win their third consecutive title and have shown no signs of slowing down. Pep Guardiola and his troops are determined as ever leaving their complacent behaviour in bed.

For City, Leroy Sane stays their regular bench-warmer having sustained a long-term injury. The left-back Benjamin Mendy is back in training but is yet to be declared “fully-fit” and ready for playing the game.

Gabriel Jesus is a burst for City and will be out with hamstring injury until the international break. Jon Stones is a good news and will look to get in his centre-back spot back. Apart from all these, City will start the game with their regulars with Rodri in squad.

For the Seagulls, Florin Andone will be absent courtesy a red-card that he received in the last game and was subsequently suspended. Yves Bissouma is being assessed after sustaining a shoulder surgery and is also a doubt.

The last time that Seagulls defeated Manchester City was way back when half of us were not even born i.e in 1989. The Seagulls have lost all of the last 5 games they have faced against City and have only scored 2 in response to the 12 goals they have conceded.

Undoubtedly, City chip in as the favourites to win 3 easy points.City won 2-0 at home and 1-4 away last season against their opponents and another clean sheet can be expected.The Citizens know their opponents pretty well and it will be yet another domination in the green by the Blues of Manchester.