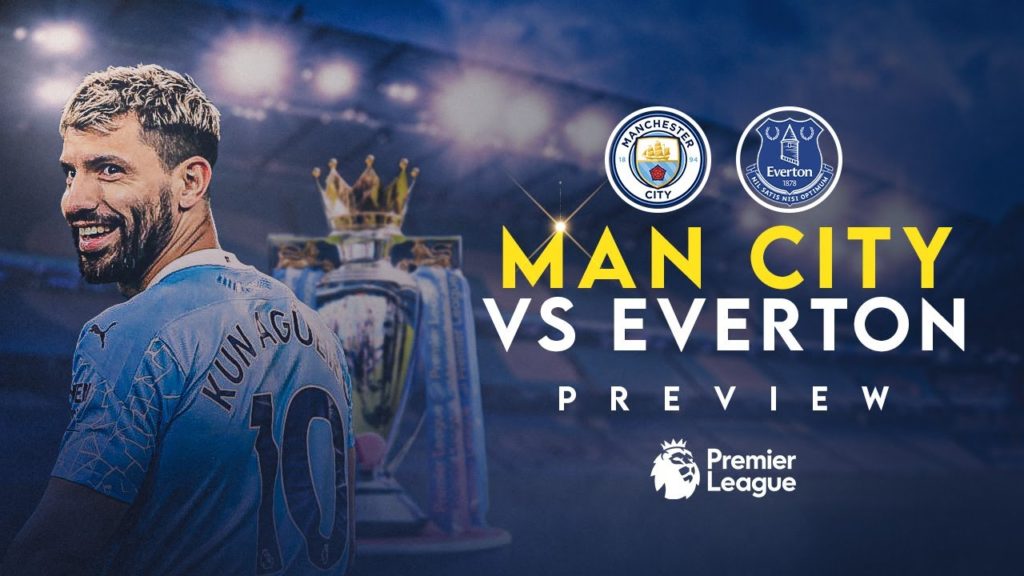 On Sunday, Etihad will pay homage to one of the greatest players to wear the Manchester City jersey. Sergio Aguero will be honoured after Sunday’s game against Everton with the club communicating plans to supporters and urging the 10000 City fans to remain seated as they say farewell to Kun.

Before that, Man City’s coronation match takes place against an Everton side who hope to give a good account of themselves. The Etihad Stadium welcomes 10000 fans back home for the first time since the outbreak of the COVID-19 pandemic. If the support seen on other grounds is anything to go by, then City supporters will definitely be in full voice before, during, and after Sunday’s final game.

Manchester City are without the services of Joao Cancelo who was sent off midweek against Brighton. Sergio Aguero has trained with the squad for two days and will train again on Saturday before a decision will be taken on how many minutes he will play. Kyle Walker is also fit for the coronation match.

James Rodriguez remains out with a calf injury while captain Seamus Coleman also misses out with a minor niggle picked up on Wednesday against Wolverhampton.

The final game of the season presents Pep Guardiola with a unique opportunity to settle on which players make his starting eleven for the Champions League final six days from Sunday. Barring any serious injuries, Rúben Dias, Kevin De Bruyne, Riyad Mahrez, and Ilkay Gündogan, among others are penciled down for a start in Porto. Players like Raheem Sterling, Gabriel Jesus, and Aymeric Laporte can all make a case for a start with strong performances against the toffees. Sergio Aguero will feature in his final game at the Etihad on Sunday, bringing the curtains down on an illustrious career in England. It is unclear if he will feature from the start after recovering from an injury recently.

Everton have an outside chance of finishing sixth but would need to beat the Champions and hope results elsewhere go their way. There is an opportunity for Ancelotti and his side to qualify for the Uefa Europa Conference League playoffs, if they better Spurs’ result on Sunday after. The toffees have had an up and down season and will seek to stun the champions in their last game of the season.