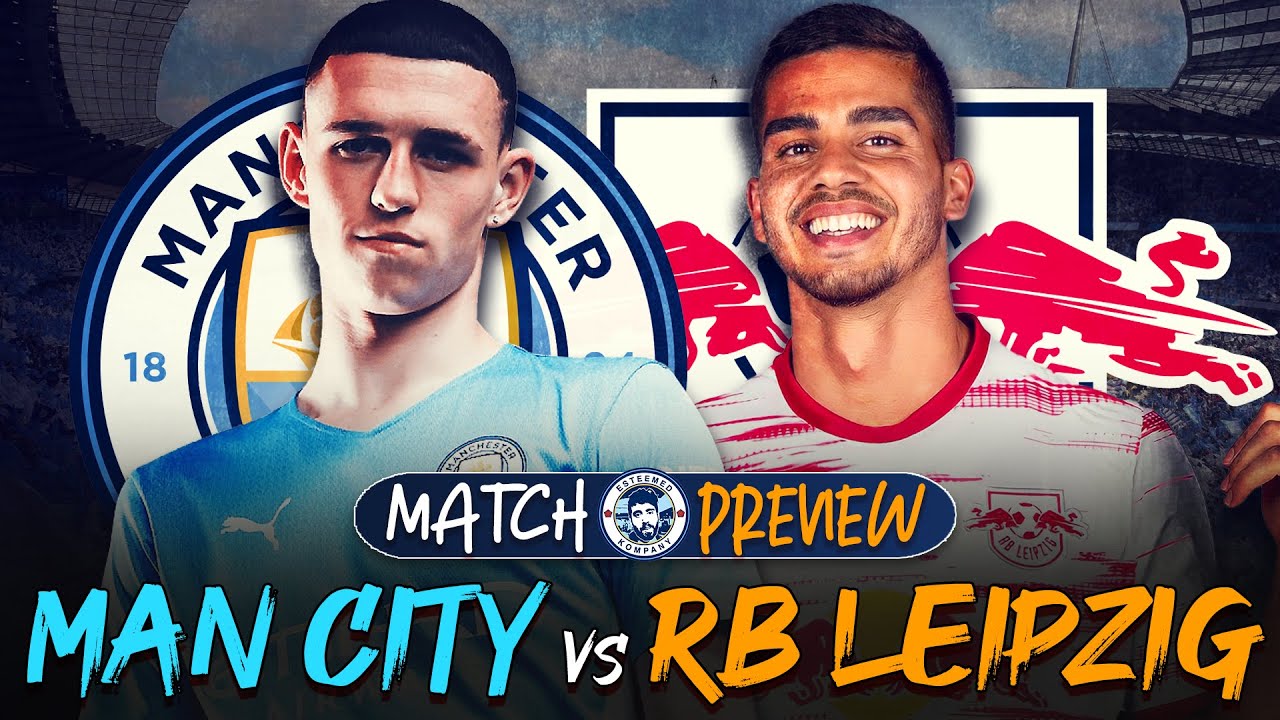 Manchester City and RB Leipzig go head-to-head in an exciting UEFA Champions League Group A curtain-raiser at the Etihad, with the latest football tips easily favouring the Premier League champions.

Wednesday’s clash in Manchester provides the hosts with an opportunity to start again with a clean slate following last season’s grand final heartbreak against Chelsea.

City won all four Champions League encounters against Bundesliga clubs last season and are warm favourites to keep that run going against an inconsistent Leipzig side.

After a narrow 1-0 defeat at Tottenham Hotspur on the opening weekend, Man City have cemented their reputation as the supreme force in England’s top-flight by clocking up a three-game winning Premier League streak.

Following a brace of 5-0 triumphs over promoted Norwich City and out-of-sorts Arsenal at the Etihad, City eked out a 1-0 victory at Leicester City on Saturday. Pep Guardiola’s side will now look to translate their imperious domestic form to Europe, as they hope to erase the memory of last season’s 1-0 loss to Chelsea in an all-English Champions League final.

There is plenty of reason for optimism at the Etihad. The Cityzens are undefeated in their last 17 matches in the Champions League group stage (W13, D4) since losing to Lyon at home in September 2018.

By extension, since Guardiola arrived at the helm in summer 2016, the reigning Premier League champions have lost just one of their 30 group stage outings in the competition (W20, D7). The Spaniard, who was previously in charge of Barcelona and Bayern Munich, boasts the highest win percentage (63%) of the 25 managers to have amassed 50+ Champions League matches.

Riyad Mahrez could return to the starting line-up after spending City’s victory at the King Power Stadium on the bench. The 30-year-old winger has played his part in 22 goals across his 28 Champions League appearances, scoring ten and assisting 12.

Leipzig’s post-Julian Nagelsmann era has started with a whimper rather than a bang, as new manager Jesse Marsch has lost three of his first four Bundesliga games in charge (W1). Heading into proceedings on the back of an embarrassing 4-1 home loss to bitter rivals Bayern Munich, Die Roten Bullen will be looking to tip their perfectly-balanced European record versus English sides to their favour.

Indeed, after beating Tottenham Hotspur in both legs of their 2019/20 Champions League last-16 tie by an aggregate score of 4-0, the Germans have suffered three defeats in their subsequent four meetings with Premier League opposition (W1). Leipzig’s hopes of reaching the competition’s quarter-finals for the second season in a row were crushed by Liverpool last term, with the Reds running out 4-0 aggregate victors in their 2020/21 last-16 tie (0-2 H, 0-2 A).

Worryingly, the Bundesliga side have lost three of their last four away matches in the Champions League (W1) – two of which came on English soil – drawing a blank in each defeat.

Andre Silva returns to Europe’s elite competition after four years, seeking his seventh goal contribution in the Champions League after tallying four goals and two assists for Porto in 2016/17.