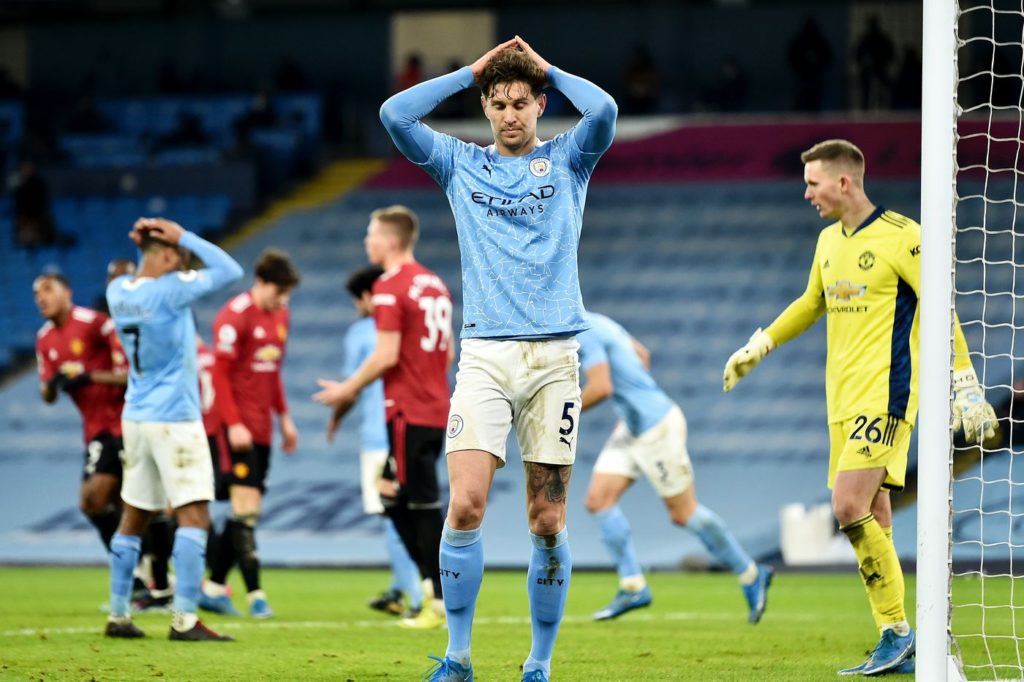 Twenty-one games across all competitions. That is how long Manchester City kept winning on the domestic scene and the European terrain.

Rivals Manchester United managed to do what other teams failed to do in 21 games and hand City their 4th Manchester derby defeat since Ole Gunnar Solskjaer took over from Jose Mourinho in 2019. This 21 games winning run, which is the longest in English football history, has propelled the Cityzens to the top of the league and into the latter stages of the domestic cups.  In Europe, they hold a 2-0 advantage, heading into the second leg showdown with Borussia Mönchengladbach next week.

Many feel City’s run has been made up of brilliance and grit over the last two months. Some hard-fought wins were recorded with the game against West Ham, being the standout. The loss against the Red Devils will serve as a good reminder to the playing body that no matter how long you keep winning, you can always lose. This will reduce complacency heading into the business end of the current EPL season.

After Sunday’s loss in the derby, Pep Guardiola and his charges turn their attention to Southampton in a tricky contest. The gaffer has said he and his charges are fired up for the game and will try everything possible to secure 3 points at the Etihad. The Cityzens will be wary of Southampton who has beaten two league leaders, Everton and Liverpool, in October and January respectively.

With just 10 games to go in the Premier League, a win for Ralph Hasenhuttl’s Southampton will bring them one step closer to recapturing the title from Liverpool. Mathematically winning 7 of those 10 games secures a 7th League title in the club’s history. The only way forward now is to build up momentum going into the business end of the season and taking each game as the title-winning match. Pep Guardiola will relish the challenge the final games of the season brings and will do everything possible to psyche his players to finish the job and potentially secure a historic domestic and European quadruple.