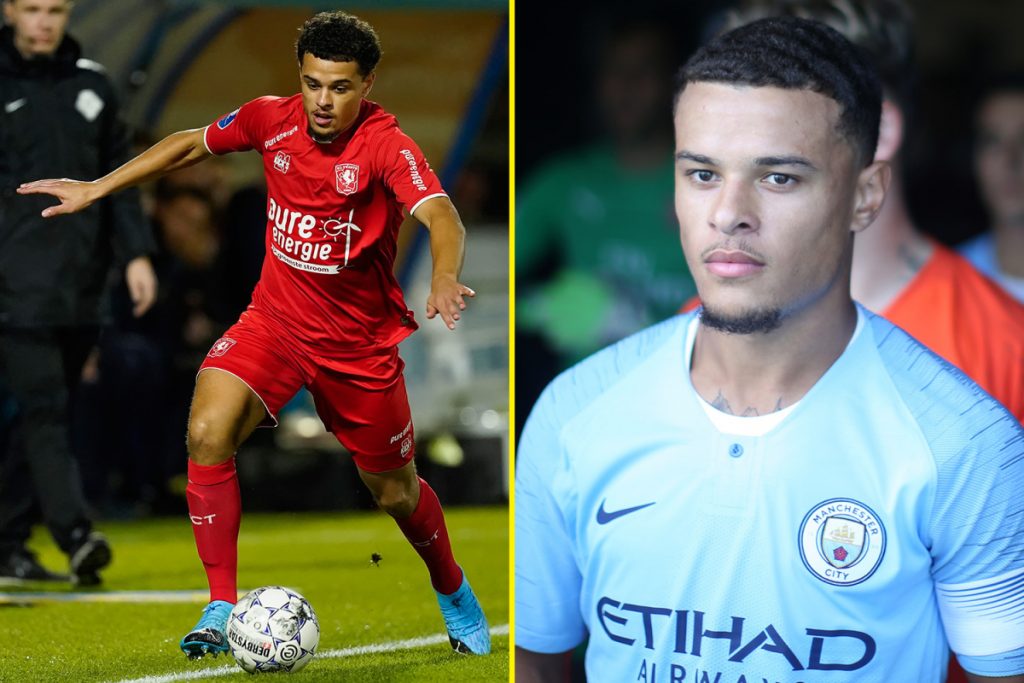 Manchester City loanee Joel Latibeaudiere spent 2019/20 season on loan at FC Twente in Holland, although naturally a centre back – he featured as right back for Twente.

He heaped the praise on the way first team players & staff at Manchester interacts with youth teams and he described experiences he had away in Dutch.

Latibeaudiare has been part of City academy since the age of thirteen and knows the club inside out, as the England U20 international spoke to ScoutedFootball about the differences between playing for academy and first team.

“Playing for ManCity U23s – we were one of the most dominant teams in the league so we didn’t really have to change the style of play too much. We knew we would dominate opponents with our possession.

“To then go to FC Twente, who aren’t a top, top team in the Eredivisie, just promoted, seeing how we’d approach games, we’d be sat back waiting to counter. That side of the tactics really helped my football IQ.

“It was nice to experience different tactics and see how different managers look at the game and what they ask you to do.”

Joel Latibeaudiere isn’t the only youngster to thrive in the Eredivisie and the history of big prospects coming out of Netherlands played was an essential factor for him to join FC Twente.

“I’ve seen a lot of young players go to Holland and come back better players; the likes of Matt Smith, Mason Mount and obviously the youngsters that come through at Ajax, that’s why I ended up going to Holland.”

With him turning twenty-one in not so long, many would feel he doesn’t have to long to impress Guardiola & Co., however he was full of praise for the way City officials operate.