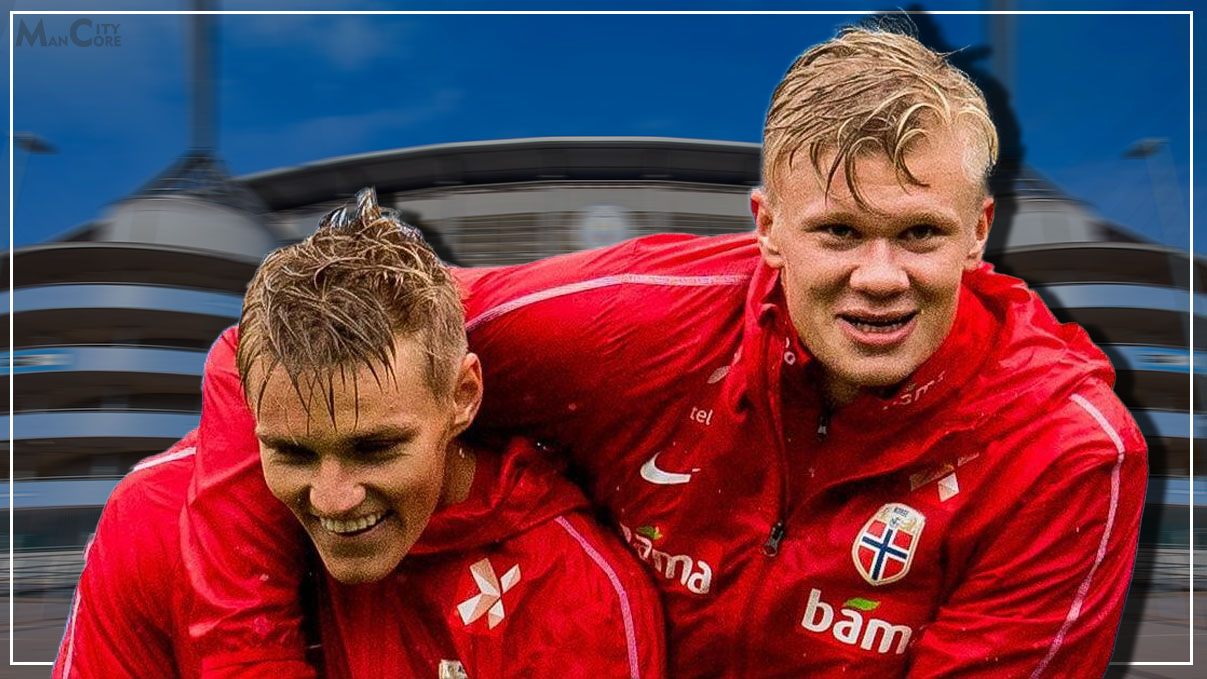 After bursting onto the scene with Salzburg, Erling Haaland was destined for a big club in the near future. His 18-month stint at Dortmund was amazing, to say the least, and it was absolutely clear that big teams would circle quickly. Bayern, Real Madrid, PSG, Chelsea and Manchester City were all ready to move for the talented Norwegian. Eventually, City won the race and Haaland has already netted two league goals.

One man who tried to get him to sign for his club was Arsenal midfielder and Haaland’s international teammate, Martin Odegaard. The 23-year-old said he tried to play “agent” with his Norwegian teammate but all he could get was a laugh.

In an interview granted to TalkSport recently, the midfielder said he would send pictures of Haaland posted by Arsenal fans to get him to join the Emirates side. Despite his best efforts, his international teammate opted for league rivals, Manchester City.

“He’s a great guy, great player and I think unfortunately for us he will be a great signing for Manchester City,” the 23-year-old told talkSPORT when asked about Haaland. “For sure, he will score some goals.

“I wish him all the best except for when we play them. It will be fun to see him in England.

“When all the Arsenal fans were posting pictures of him and me I would send it to him. I tried, but unfortunately, it wasn’t enough… he just laughed.”

The two friends will come up against each other in England very soon and despite Odegaard being excited to see his friend score goals, he hopes Erling forgets his scoring boots when their teams meet.

There’s a lot to look forward to with 37 more league games to go and if the first game is anything to go by Odegaard may see his friend do damage to his side when the two teams meet in October at the Emirates.