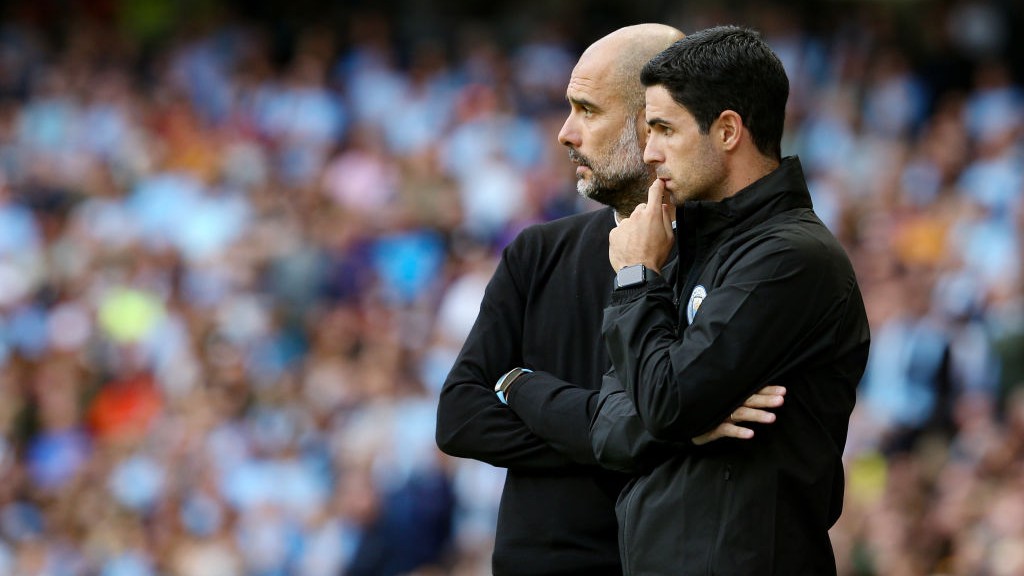 Pep Guardiola confirmed Mikel Arteta is in London to finalise the deal with Arsenal to become the Gunners’ next manager. It will only be a matter of time before the former Arsenal captain and midfielder is announced as the manager.

Speaking ahead of City’s game against Leicester, the Spaniard confirmed he would not have Arteta by his side.

‘He’s in London, I think he’s close to finishing the deal with Arsenal – that’s what I know,’ Guardiola told reporters. ‘It’s almost done. Yesterday he didn’t train, today he didn’t do training, so I think it’s moving. This is the last info that I have. I don’t know the last details of the contract but I think it’s there.’

He continued: ‘So now he decide to move there. When you have dreams you cannot stop it, you have to follow your dreams.

‘Of course Arsenal was an important part of his career as a football player. Going back home is important for him.

‘One of the best teams in England and wish him all the best. The results I’m pretty sure he’s going to do an excellent job.’

Arteta has been in charge and with Guardiola for a good time now and his experience with the Spaniard surely helps his resume. He has a winning mentality and had tactical prowess that will surely help the Gunners in time to come.