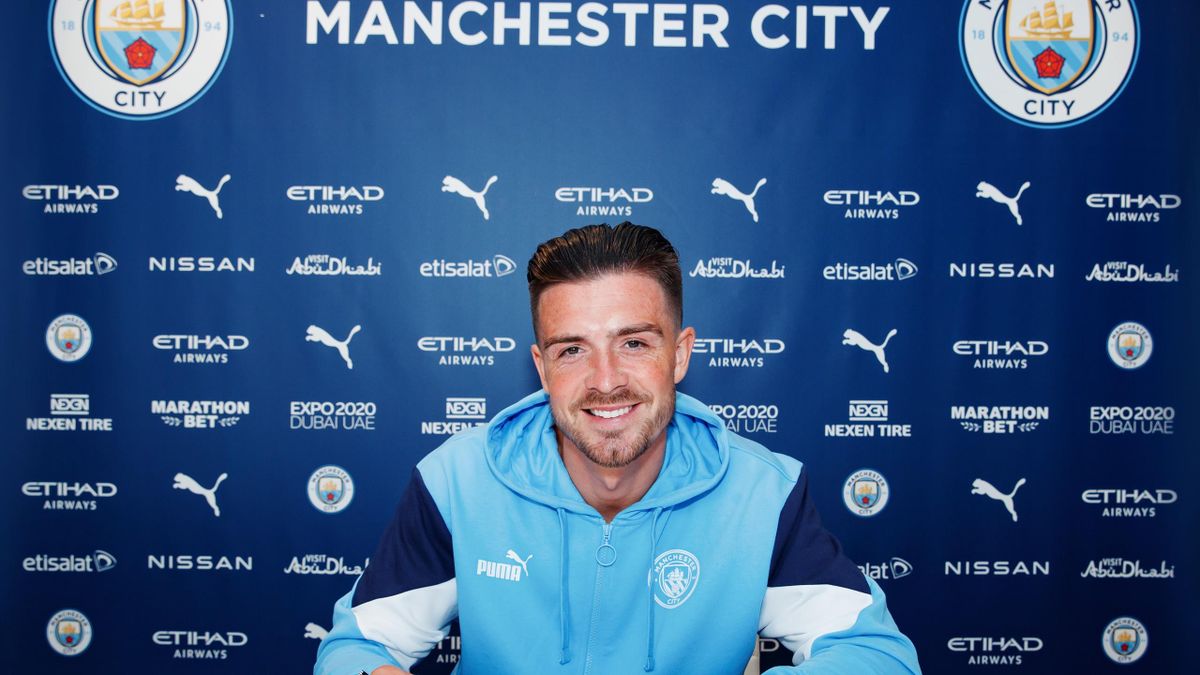 After months of speculation and rumours, Manchester City have completed the signing of Aston Vila captain and England forward, Jack Grealish.

The move has been mooted since the end of last season and came to fruition this week. Grealish has signed a deal through to 2026 with the reigning Premier League champions. The rumoured fee involved is £100m which would make Grealish the most expensive Englishman in history.

Grealish joins City after spending all his career at Villa Park. The talented midfielder leaves his boyhood club after leading the club’s charge into the Premier League and further cementing their place in the league.

The move to City presents him with a new challenge and gives him the unique opportunity to play alongside midfield lynchpin, Kevin De Bruyne and numerous England teammates. Jack Grealish is a versatile forward who can feature in a number of positions which suits Pep Guardiola’s systems. He has previously featured on the wing, as a number 10 and as a false nine and could play similar roles in this season. His natural ability and flair make him a refreshing addition to City’s already lethal attack. His ball keeping and passing attributes are well suited for City’s style of play.

The England international inherits Sergio Aguero’s number 10 jersey, giving him some very huge shoes to fill. That won’t be a barrier for the man who rose through Villa’s ranks to become captain. The 25-year old featured 213 times for the Claret and Blue, netting 32 times and contributing 43 assists in his time at the club.

Upon signing his new contract, Jack revealed his joy at signing for a team that’s the best in the country, managed by a manager considered the best in the world. He further indicated his excitement at being given the opportunity to play and train at City’s world class facilities and under Pep Guardiola. He described playing and learning from Guardiola as every player’s dream.

Jack Grealish is expected to miss the Community Shield against Leicester City having only recently returned to training after his efforts for England at the Euros. He will feature when City’s title defence kicks off next weekend against Spurs. A big season lies ahead for both Grealish and the club as they seek to conquer Europe after just falling short last season.

Welcome to the Cityzens, Jack!!!!