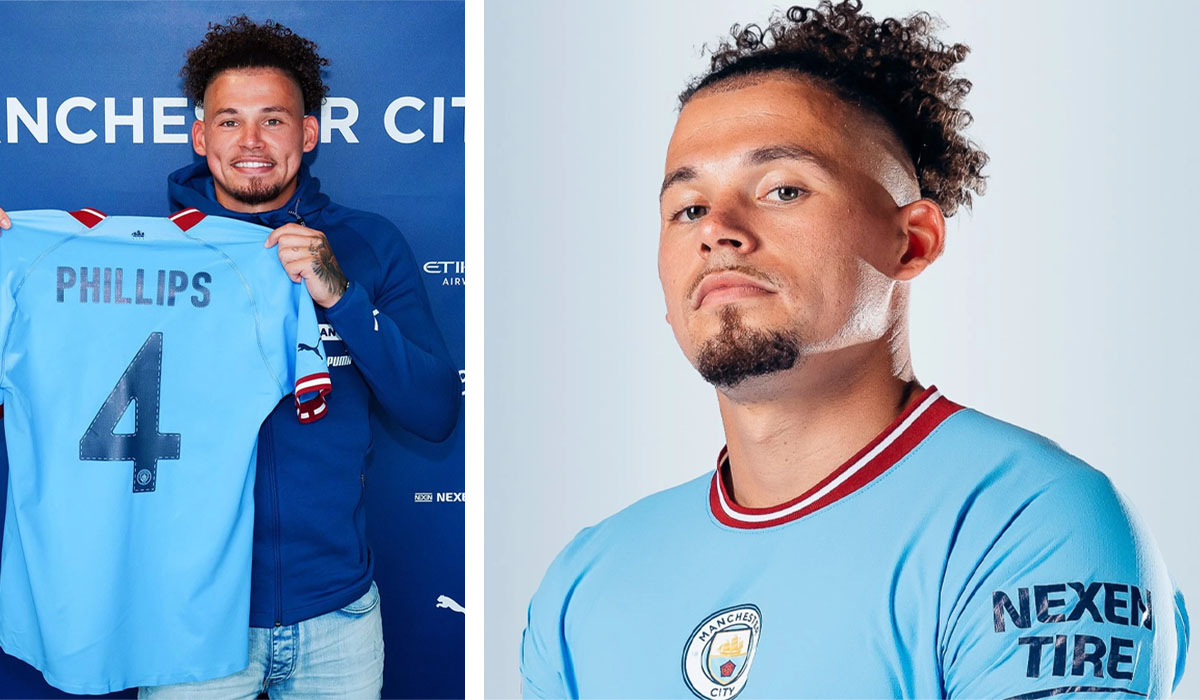 Manchester City have announced the signing of Kalvin Phillips from Leeds United for a fee of £42m plus add-ons. Contract until June 2028, six-year deal. He joins as a replacement for former club captain, Fernandinho who departed after his contract expired.

“I am absolutely delighted to have joined Manchester City,” Phillips said after signing with Man City. “City have again proved to the best team in the country with an amazing squad and a manager in Pep Guardiola who is rightly considered to be the finest in the world. To be able to play under Pep and learn from him and his coaching staff as well as be part of a such a fantastic squad is a prospect that I am incredibly excited about.

“City are a world-class Club with world-class staff and facilities and it’s a dream come true to have joined the Club. Now I can’t wait to get started and to look to try and help the team to go on and achieve more success.”

Director of Football Txiki Begiristain added: “Kalvin is a player that we have long admired, and at both domestic and international level, he has proved his fantastic ability and quality over the past few seasons. His reading of the game, alongside his passing ability, energy and drive make him a formidable talent and he is a player who has a fantastic will to win. We feel he will be a superb addition to our squad and that he will complement our game perfectly. Everyone here is looking forward to watch Kalvin play and develop even further over the next few years.”

At Leeds, Kalvin Phillips featured 235 times over the course of 8 seasons and established himself as one of the club’s best midfielders under Marcelo Bielsa. A full England international, Phillips has carved a niche for himself as a diminutive midfielder with excellent recovery skills.

Phillips will take up a number 4 shirt last worn by club legend Vincent Kompany – who originally played as a central midfielder, then switched to CB. Although most of you will undoubtedly be familiar with his style of play it’s well worth revisiting now. He’s a defensive midfielder with a superb passing range and great tactical awareness – qualities that will no doubt have played their part in Pep bringing him in to replace Fernandinho. He’s capable of being used in a single or double pivot at the base of midfield whereby he can withdraw into deeper positions to assist the team in building the play from the defensive third.

On taking on the No.4 shirt, Kalvin Phillips said: “It was a number that was presented to me, and I thought because at Leeds I had 23 which is one of my favourite numbers, I felt like because it’s a new start I wanted a different number and to try and build a legacy on that number. Hopefully, I can.”

Kalvin Phillips has been a stand-out performer at Elland Road for some time now, and he is on his way to replacing Fernandinho at Man City.