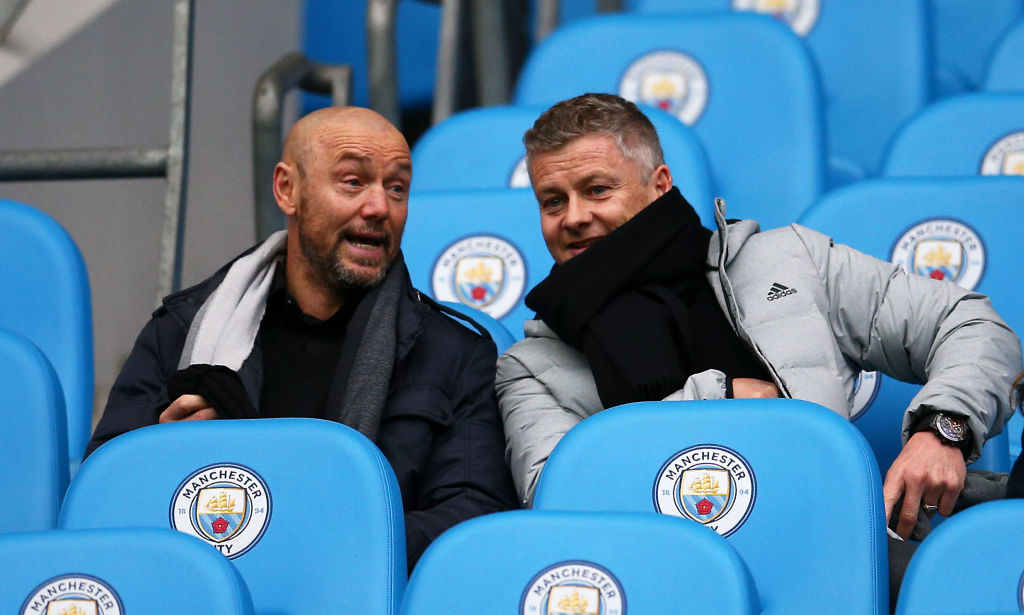 Manchester United have had a spiral turnaround since the arrival of former Manchester United forward Ole Gunnar Solskjaer as their interim coach. The manager has not lost a game since his comeback to Old Trafford having won the games against big names like Tottenham Hotspur and Liverpool. His replacement to Mourinho has brought Paul Pogba back in form, Rashford on goal-scoring spree and the team in unity.

Manchester United had thumped Arsenal out of FA Cup 3-1 in the fourth round courtesy goals from Alexis Sanchez, Jesse Lingard and Anthony Martial. The Red Devils advanced to the fifth round on Friday evening and the next afternoon Ole had taken a day off, and for what? To watch the game between Manchester City and Burnley. The Sky Blues easily coasted past the visitors winning the game 5-0 and advancing to the next round. It was the same game where Kyle Walker snapped the flag off the ground that gave Twitter it’s value for money with people posting messages like ‘Get Well soon Flaggy!’

It is most likely that the Manchester Derby will take place in 5th round of FA Cup tie. Is that why Ole Gunnar Solskjaer was present in the stands or was he there to look on a potential Manchester United prospect?

The reports say that the Norwegian was there to watch Manchester City play. It is Manchester City against whom Ole’s tactical skills and approach will be truly tested and in order to be successful in their upcoming Premier League game in March, Ole seems to have started thinking, already.

The Manager is going to face his toughest fight of the tenure and in ways would he want to lose that.