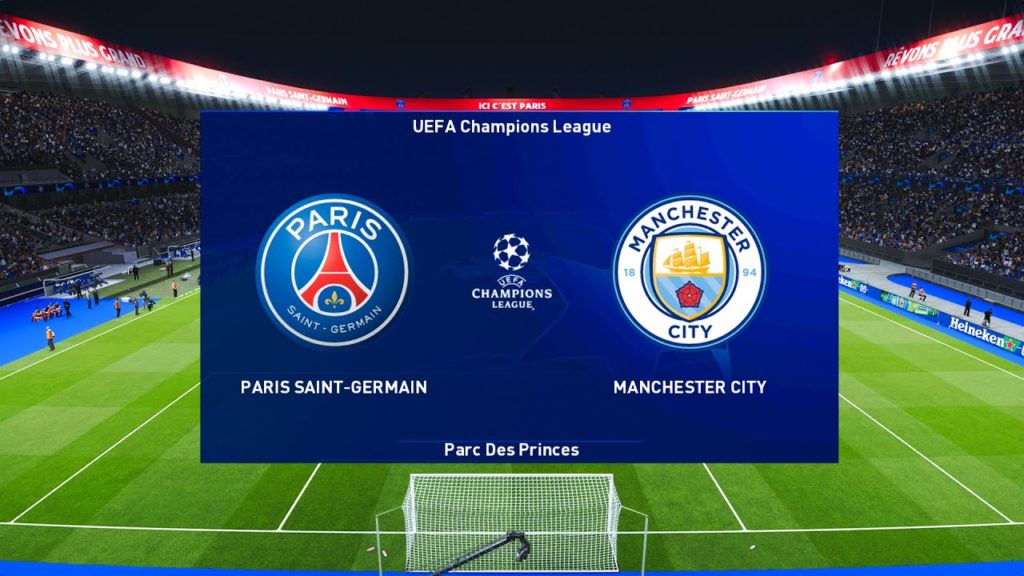 Manchester City goes up against reigning French champions, Paris Saint-Germain in a crunch UEFA Champions League tie for a play in next month’s final in Istanbul.

PSG are seeking a second consecutive final appearance, after losing out to Bayern Munich in last year’s final. Manchester City on the other hand are seeking to book their first final appearance as they seek to complete the League, Carabao Cup, and UCL treble.

Pep Guardiola also comes up against a familiar face from England, Mauricio Pochettino who is looking for his second European final as a manager.

PSG have received timely boosts by the return of Keylor Navas and Marco Veratti from injury. Parisien fans were given something to worry about when star man Kylian Mbappe limped off the pitch late in Saturday’s game against Metz. His injury isn’t thought to be serious and should feature on Wednesday night.

Manchester City have no new injury concerns of their own with the timely return of Kevin De Bruyne from injury on Sunday, one week after he suffered a disturbing ankle injury.

Pochettino’s side are gunning for the first UCL title in their history and will give everything to reach the final stage again. In recent weeks, the Parisien’s attackers have continued to prove their worth with their only failure coming against Bayern Munich in the second leg of the Quarter-final tie. With their Ligue 1 chances hanging by a thread, the players and Pochettino know that winning the Champions League definitely trumps any domestic trophy.

The betting odds for this game favour Manchester City, but the really good betting tips are to look at the game in more detail and the goalscorer and score prediction markets. You can use this promotion from 1xbet to get started on betting on this game. You shouldn’t discount PSG, given they are last season’s finalists, and a team that’s coming off beating Barcelona and Bayern Munich with performances that make them a far more credible threat than their league form suggests.

Angel Di Maria, Neymar and Mbappe have one task, create chances and bury them against City at home Wednesday night. Taking a commanding lead into next week’s second leg boosts chances of qualification.

Since Pep Guardiola left Barcelona, he has failed to make an appearance in the Champions League final with Bayern or City. Failings in Europe saw him leave Bayern for City, where these failings have just kept getting worse. This year, City looks like a force to reckon with based on their ability to turn up the style and grind out results in some cases. Fresh off winning a fourth consecutive Carabao Cup, this game comes at an important time in the club’s season.

Man City have been dominant in most games in recent weeks but have lacked the creativity to tear teams apart as they did in the latter part of 2020. While this is a worry, particularly at a stage where goals are what matter, their ability to defend is a tool for success.

Wednesday’s game is another chance for City to push towards a final appearance. Phil Foden carried the team through the quarters and may need some help doing that against a resolute PSG team. This first leg is just half of the job but this half needs to be executed to perfection.