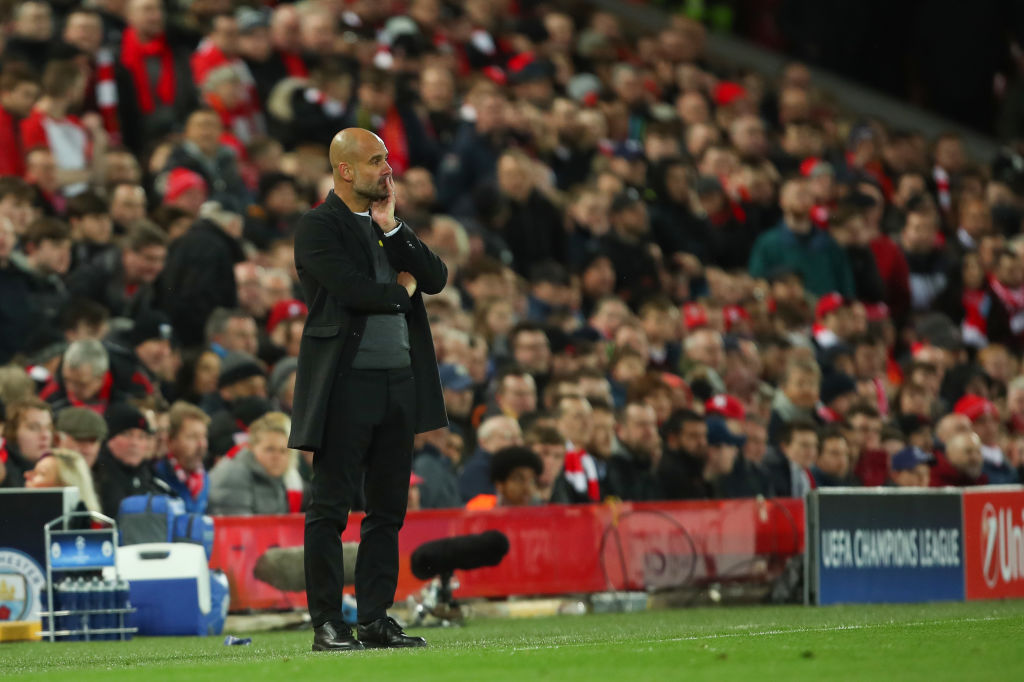 Manchester City visits Anfield this weekend for the top of the table clash which acts as a fate of Premier League (probably) especially considering the way things are going as of now.

And speaking in the pre-match press conference, Pep Guardiola spoke about power of Anfield appreciating the atmosphere it generates and the influence it has on the home side.

And speaking to press, the Pep said: “Right now it’s the toughest stadium to go to.

“I love the atmosphere […] inside it’s perfect, that is why we’re involved in this business, to experience these stadiums.

“They are an exceptional team. The stadium is a big influence, it speaks for itself, but it’s more the quality of the players, the manager they have.”

And addressing the brawniness of Jurgen Klopp and his men, Pep continued: “If you play high, they get in behind. They are so fast.

” Alexander-Arnold and Robertson are incredible crossers. They have fantastic headers, they win second balls. It’s a real complete team.”

He further added: “For me as a manager I said last year when we won the league, it was my biggest achievement because we faced my best contender.

“Right now they are the strongest team in the world. We know what playing at Anfield means to them and their rivals.

Further discussing about his approach for the Merseyside clash: “Sometimes when the opponents are as good as Liverpool you have to adapt.

“I was more defensive with Bayern Munich when we went to Dortmund and won 3-0, that was incredibly defensive.

“The plan at Anfield [last season] wasn’t like this.”