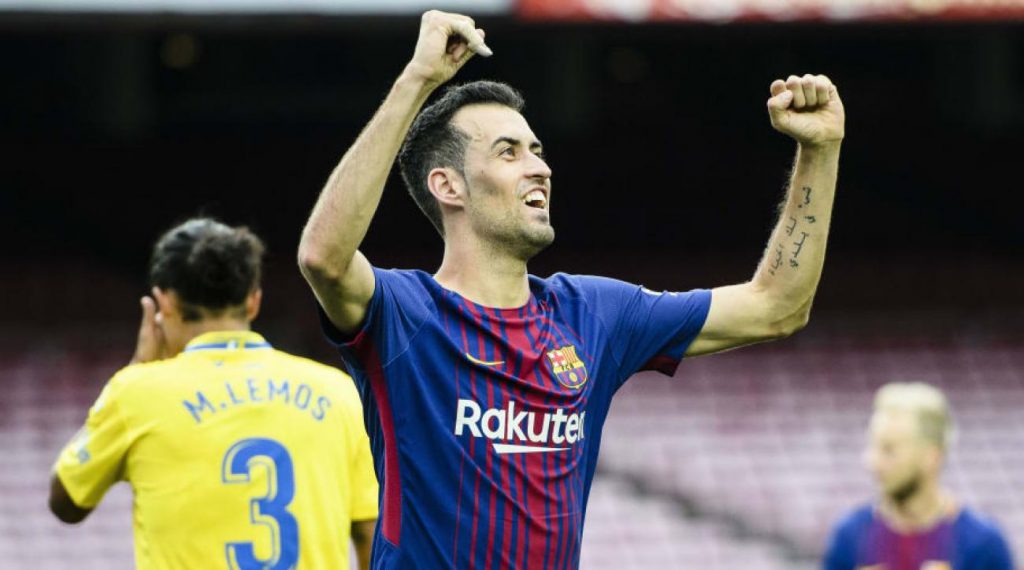 When you think of Barcelona right now – you first think about Leo Messi followed by Sergio Busquets.

Sergio Busquets earned his first team nod from Pep Guardiola and the Catalan born, now Manchester City manager feels – The Spainard has a future on the touch lines.

“I was a lucky guy,” Guardiola said, reflecting on his time working with Busquets ahead of the Premier League champions’ match against Bournemouth on Saturday.

“I would not say it was easy because in the position he started to play, he won that position in front of [Yaya] Toure. That’s why Toure came here to play here.

“At the end it was not complicated because we were together the year before in the fourth division in the second team.

“We knew what he could do and after that it belongs to him. What he has done in his career is because he is so clever, so good.

“He has to be so proud. Playing 500 games at Barcelona is not easy. Hopefully he can play many, many more years but he is not a teenager anymore.

“Sooner or later he will become a manager. We will see Busquets on the bench.”

Sergio Busquets made his 500th appearance for Barcelona in last week’s 1-1 draw to Atletico Madrid.