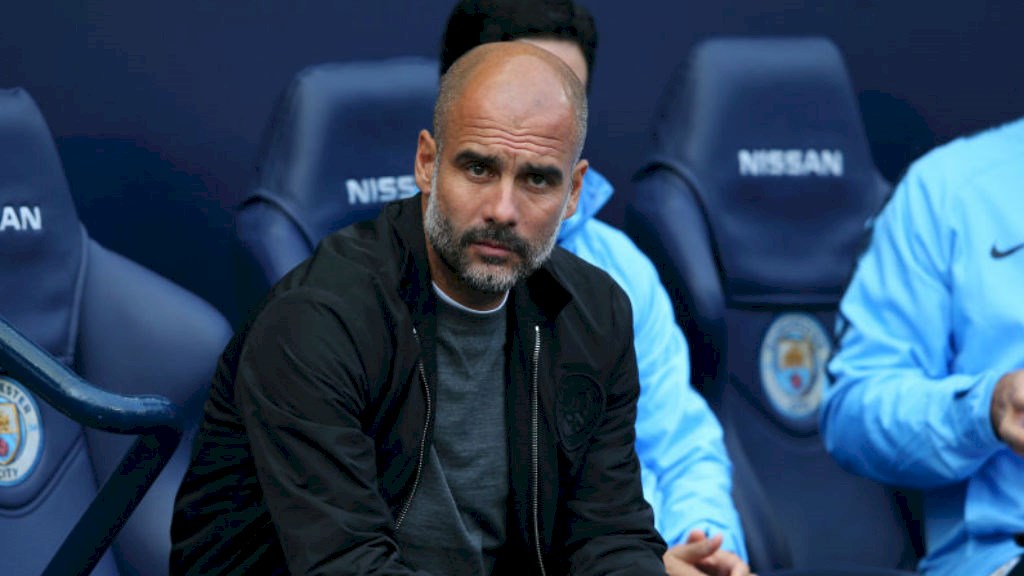 Pep Guardiola and Manchester City, fits so perfectly with one another and this Chemistry between them increase with Pep Guardiola tagging himself as ‘Mancunian’ for life.

He also laid emphasis on his managerial career claiming he won’t manage another English team – He loves Manchester City soo much.

Pep Guardiola, who led City to record breaking title last season signed a contract extension at Etihad earlier this year which will keep him at Manchester until the end of 2020-21 campaign.

Guardiola is one of the most successful managers around the world, he has managed to win loads of trophies everywhere he went.

“I will be Mancunian for (the) rest of my life. I will (always) be a Manchester City fan. It will not be possible to train another club in England like Manchester City,” Guardiola said in an interview.

“I feel beloved by the people here… I want to make a better club, to make them believe we are strong enough to do better things.”

Guardiola ended his 14 trophy stint at Barcelona and seven at Bayern, but maybe he could go twenty at Manchester City 😛

He was actually praising the less intrusive media, which made it easier for him to settle in England.

“I understand why in England you can stay at a club for 20 years in one place,” Guardiola, who also claimed the English League Cup for Manchester City last season, added.

“Here, during the week, I don’t see the journalists and, for example, we had maybe some problems in the locker room, sometimes we have to be tough with players — but nothing goes out. Just a few times.

“In FC Barcelona or in Bayern Munich everything that happened, the next time (day) it is in… the media. So, here you are more comfortable.”