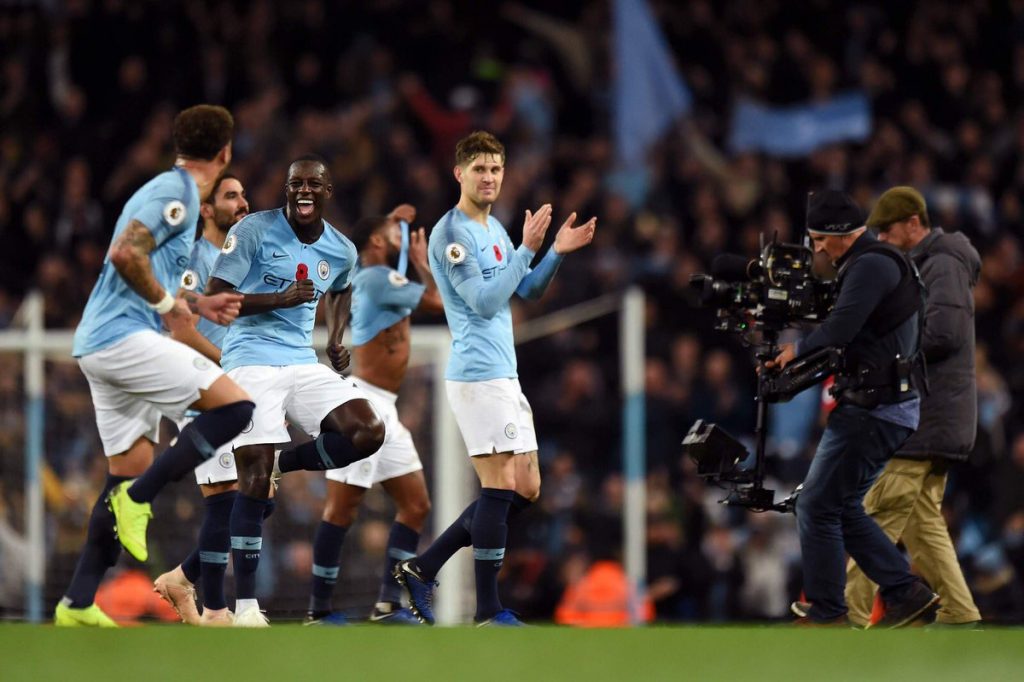 Manchester City have been without the services of Benjamin Mendy since almost November. The Frenchman did return from injury in January and gave a bite to City’s defence for a game or two, before being adjudged as injured, again. So, basically Mendy has been out of service from the month of November.

It maybe because of the strong depth in the bench that Guardiola has been spooned with or maybe the performance that the players have put in, for Mendy’s place. Danilo and Aymeric Laporte are the one’s who are preferred by the Spaniard in the left-back position, primarily Danilo being the guy on left when Laporte plays as a centre-back. Or also because of the fact that his team’s defence has not been tested as much purely because of the dominance of the midfield that hold more than 70% of the possession in almost every games.

Guardiola before the game against Newport also had been asked about Benjamin Mendy’s absence. The manager was so tranquil in his views that it seemed Mendy’s absence was nothing less than a consolation. The 24-year-old has been prone to injuries more often than not, and has spent most of his time not playing. Mendy has only made 9 appearances in total this season with the rest, missing due to injury.

The Club Boss is no more complaining to Benjamin Mendy’s injury. The manager said,

“We are going to make a very strong squad. We have few, few injuries, unfortunately Vincent and Benjamin.”

“The other ones are fit, so the squad of course is going to play. A few new players will play that didn’t play in the last game against Chelsea , but I prepare to win the game with the best squad as possible for that game”

It may be true that City may be outperforming opponents without Benjamin Mendy, but the value that the left-back puts in is invaluable and his revival is as much as a use than a need. The team may not be complaining about his injury but it is surely turning out to be a concern to ponder upon.