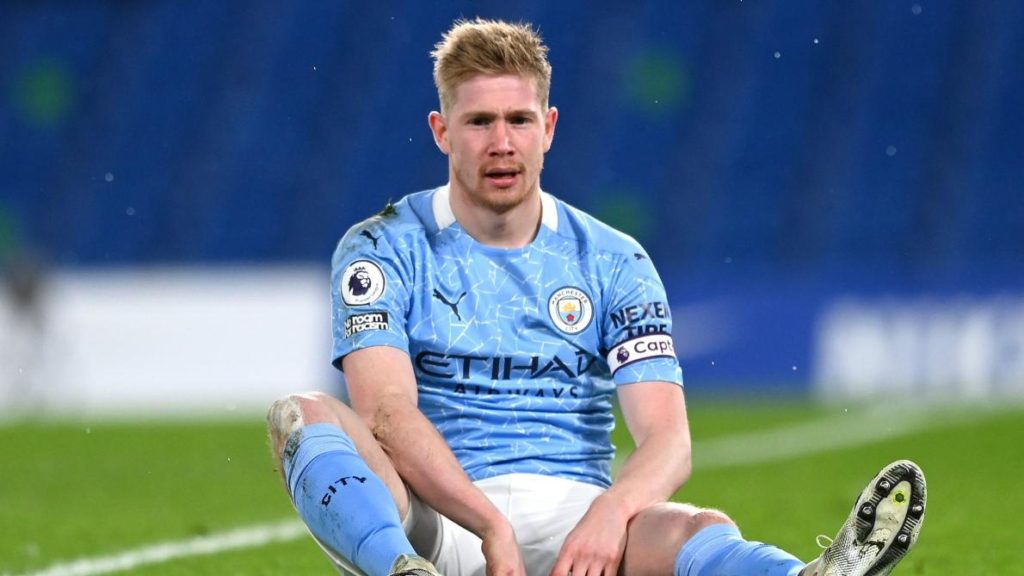 While football is all about teamwork, even a single player missing a game can be a gamechanger – literally. Those into a bet on soccer online at Betway know what we’re talking about: the sidelining of a player for whatever reason can instantly change the odds of an upcoming match.

Betway takes into account a variety of factors when calculating the odds of an event, including injuries – and the odds can shift pretty significantly when an important player like Kevin de Bruyne is sidelined for a number of games.

The 29-year-old midfielder first stepped onto the turf at the age of six with the local team KVV Drongen. Kevin De Bruyne graduated from the youth academy of Genk in 2008, then spent four seasons with the first team, appearing in almost 100 league games and scoring 16 times in the process. He made his Premier League debut with Chelsea in 2012, spent a season on loan with Werder Bremen, then moved to VfL Wolfsburg for a season before settling at Manchester City in 2015.

Since then, he became an important asset for the Citizens, winning the Premier League Playmaker of the Season twice, Manchester City’s Player of the Season three times, making it into the FIFA World Cup Dream Team in 2018 and helping Belgium beat England in the play-offs for the third place in the tournament.

De Bruyne is recognized for his exceptional abilities to shoot, dribble, and pass, and is considered not only one of the best midfielders but also one of the best footballers in the world.

Kevin De Bruyne suffered a muscle injury during the Citizens’ meeting with Aston Villa in January, a match the Manchester team won 2-0. Since then, he missed all five games played by the team, and it’s unlikely he’ll be back on the turf anytime soon, according to Citizens manager Pep Guardiola.

“He is getting well he is already training, not with the team but alone and he is feeling well,” Guardiola told the team’s official site. “It’s good, really good. I cannot say. What’s important is day by day he is feeling very good.” When asked whether De Bruyne could return to play by the team’s Champions League last 16 first leg against German team Borussia Monchengladbach, Guardiola was reserved in making a prediction.

Fortunately, De Bruyne’s missing the team’s last few games won’t have an impact on the Citizens’ position in the Premier League – Ilkay Gundogan is doing a great job in his position, even becoming the team’s top goalscorer for the season.