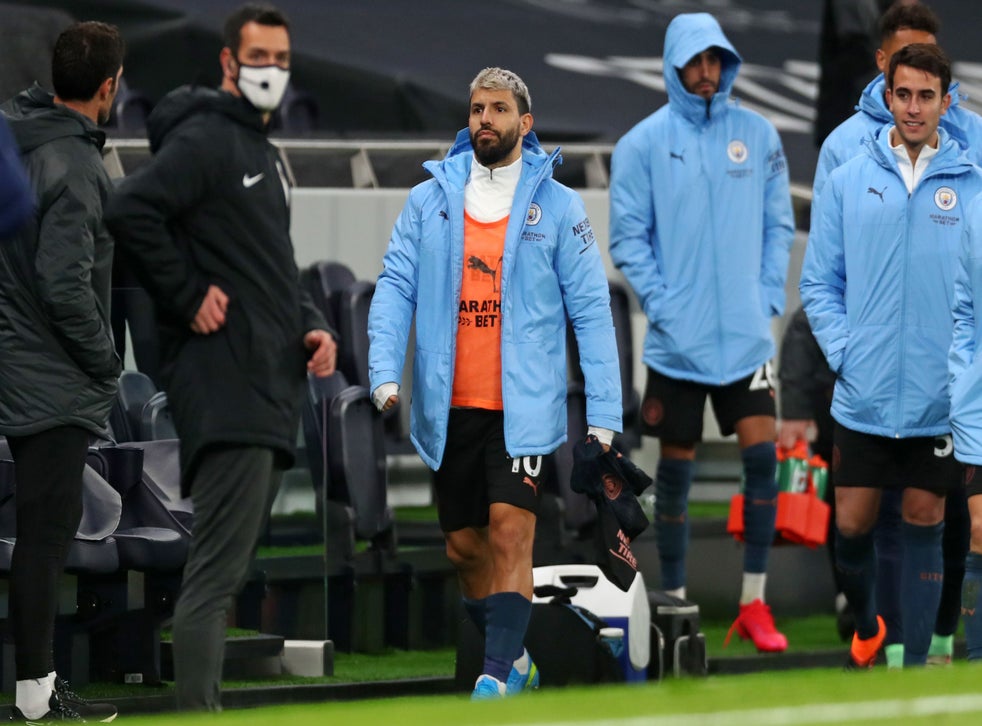 Manchester City manager Pep Guardiola resolved to not rush Sergio Aguero back into the side while acknowledging that the Argentine was an important part of his plans.

Aguero had missed out on around 5 months of football as the forward had undergone another knee surgery back in June. Recent injury woes over the past two seasons meant that Aguero has missed more than 20 matches over the last year through injury.

The striker had picked up a hamstring injury in the 1-1 draw at West Ham last month, just one week after recovering from his surgery and making his first appearance of the season.

Sergio Aguero was named on the bench as City slumped to a defeat against Tottenham Hotspur on the weekend, but did not make an appearance.

“I am not going to say we don’t need Sergio, we need him,” Guardiola admitted in the post-match conference. “But Sergio at 32 was five months injured, with a difficult and dangerous injury. He came back, played 50-55 minutes and got injured again.

“We want him and I want Sergio fit because I discover how important he is for us, with what he has done in the Premier League, but we have to be careful to not get him injured again.

“We have to see the right moment to put him inside and hopefully it can be soon and he can maintain the regularity to play games.”

It looks finally like at 32, Aguero has entered the twilight of his footballing career. His contract at City is set to expire at the end of this season, and it looks like there are no concrete talks of an extension being offered by City. Gabriel Jesus has long been perceived as the natural heir to Aguero, however City faithful and fans believe that the Brazilian is yet to prove himself in big matches and moments that matter.

For Manchester City, it means they will have to look elsewhere to bring in another quality striker to fill in the void left by the Argentinian.

Till then, Aguero will prove to be crucial to City as the club are currently 13th in the league and face an uphill task to overcome their sluggish start to their domestic campaign.