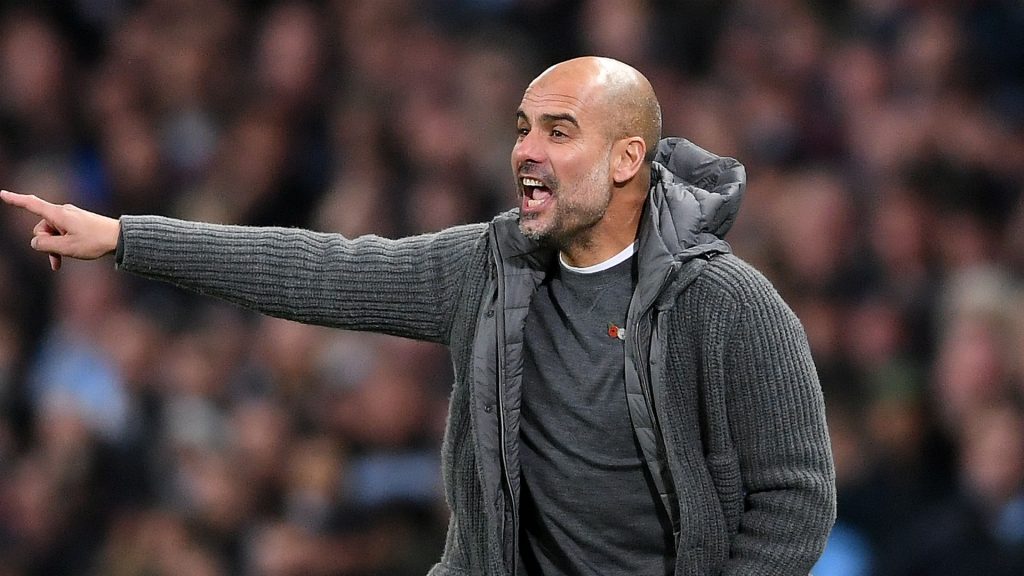 Manchester City boss Pep Guardiola has revealed that the Premier League title race is getting very competitive with Liverpool breathing down their necks and ready to pounce at any opportunity.

The Blue half of Manchester have taken the Premier League by storm once again after an incredible start to the new campaign. City has won 11 out of their 13 games and remains the only unbeaten side in the league along with title rivals Liverpool as they are blazing the trail in England’s top flight.

After winning the Premiership with a record 100 points last term, Guardiola’s City is on course to better that feat but the 47-year-old Spaniard is aware that Jurgen Klopp’s Liverpool is extremely good and could make his team dig deeper in order to win the title this season.

Guardiola compared the race for the Premier League between some of the tennis greats stating that Liverpool could push City to get better. Liverpool Echo quoted the Manchester City manager stating, “It’s similar to Nadal, Federer, and Djokovic, no? They push one to be better than the other one because they know.

Guardiola added that he did not mention to his team how strong Liverpool is because it is quite obvious as he also spoke positively of some other top English clubs, “We need it in sport, as athletes. They (the City players) know. I didn’t tell them, but they know how strong Liverpool are. They know that we can’t drop points because if we do Liverpool is going to win the league. I can say Liverpool or Chelsea and Tottenham are the same at this moment. Arsenal as well.”

Liverpool is prepared to give Manchester City a good run for their money in this season as Klopp’s unit look a  real formidable side. Hopefully, this title race should be more interesting than last season’s campaign, where City dominated the Premiership with ease.