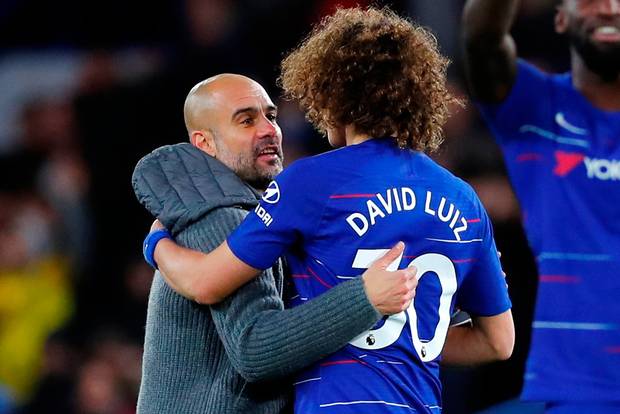 Manchester City manager Pep Guardiola has revealed that just a few minutes cost his side the game apart from a rather strong performance against Chelsea.

Chelsea managed to hand Premier League champions Manchester City their first defeat in the Premier League this season after a 2-0 win at Stamford Bridge. Maurizio Sarri’s side put in a resolute and fine defensive display against the rampant Blue half of Manchester in order to keep hold of the win and the three points as well.

Manchester City was dominating the game as well as ball possession at Stamford Bridge but the visitors were caught cold when French midfielder N’golo Kante finished into the roof of the net after Eden Hazard’s low cross just before the half-time whistle. The Blues showed more intent to attack and were gaining confidence in the second period and David Luiz doubled the lead for the home side on the 78th minute.

The Brazilian looped in a header from a corner to seal the game and give Chelsea fans plenty to sing about but City boss Pep Guardiola claimed that his side was really good for 85 minutes in the game.

While speaking to BT Sport, the Spanish manager said that he was happy with his players’ performances, and had no criticism towards them, “They [Chelsea] made a move down our left side and we could not control it. We played better than other days when we have won. The way we played in the first half was incredible. They had minimum chances and scored and in the second half, we were there until the end. It is emotional for me to see these players do what they do every three days. It is the level that it is. We were outstanding except for five-eight minutes”

Guardiola’s side was looking very threatening in the first half but by not taking their chances Manchester City was only causing problems for themselves. Chelsea, on the other hand, managed to take their chances and that’s the reason why they won the game.