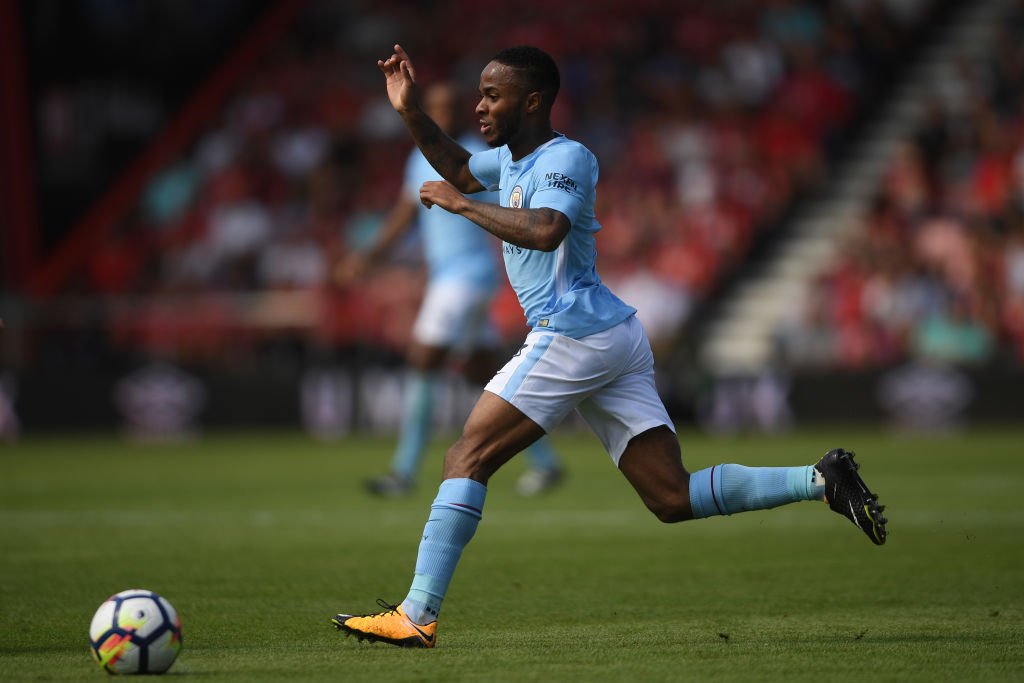 As per Manchester City Boss Pep Guardiola, Raheem Sterling can be ‘incredible’ if he would be a guy with a little more scent of the goal.

Five days after Sterling’s equaliser in the 1-1 draw with Everton at City of Manchester Stadium, the key moment of the game came when Raheem Sterling scored in the seventh minute of added time to give his side a 2-1 win at Bournemouth.

Sterling spent much of last season as a winger where he pus his name 11 time in score sheet from 47 appearances but City’s Boss says he wants to play him more centrally this season to become an even greater goal threat.

“He’s a good player when he plays in the middle, has the ability to attack, to be aggressive and that was what we were looking for,” the Spaniard told a news conference.

“We played to attack the central defenders and Rash [Sterling] has this ability. If he would be a guy with a little more scent of the goal, he would be one of the most incredible players.

“He scored two goals and hopefully he will score more. But we encourage him and we promote him and tell him to try and try an try to score a goal.” 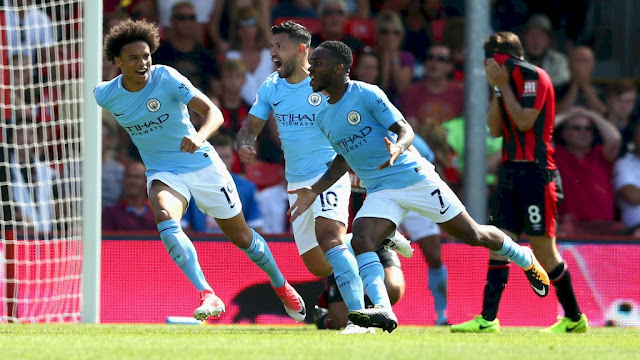 Sterling was sent off for second yellow after celebrating 2-1 win at Bournemouth in the crowd which means Sterling is suspended for City’s next game against Liverpool. But Guardiola believes he needs to have the confidence that he can score regularly.

“Sometimes you score goals and you say I am able to do that,” he added. “I always say to the strikers when you are in the box, you have to make a process, you have to be clinical, you have to be aggressive. It doesn’t matter if you lose the ball, if you shoot and it goes out. We are going to try.”

Guardiola wants him to reproduce the form that he showed in Liverpool in the season before his £45 million move to the Etihad Stadium.

Then he played centrally close to Uruguayan striker Luis Suarez as Liverpool were narrowly pipped to the 2014 Premier League title, ironically by City.

But with City spending heavily on attacking full-backs in the summer, Sterling now has more flexibility to move around the pitch. 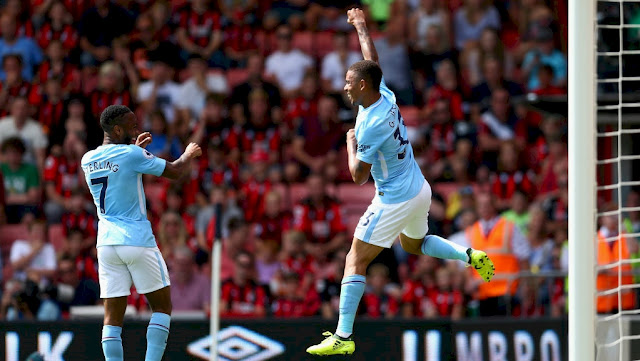 “Last season he played awesome,” Guardiola said. “But in Liverpool when he had an outstanding season with Luis Suarez and the other ones he played more in the middle.

“Last season he played more wide. With our full-backs being so aggressive and Kyle Walker, Danilo, Benjamin Mendy which last season we didn’t have, the wingers can play sometimes wide sometimes inside.”