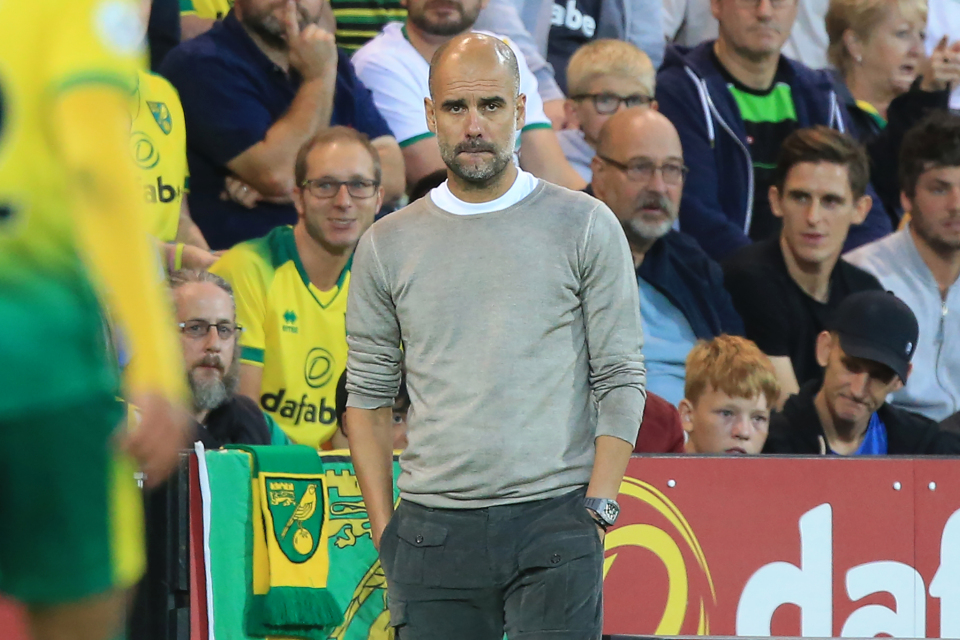 After a dismal loss to Norwich City, Pep Guardiola has jokingly declared that his team is now out of the Premier League title race and their quest for domestic hat-trick stands no more.

Following Norwich’s win over his squad, Pep Guardiola has scrubbed his team of winning the title albeit 33 games still remaining in the Premier League. City may have lost the game against Norwich but are only 5 points behind table-toppers Liverpool.

The Reds do look the favourites to win this season but it’s Manchester City; the team to never give up. After City lost 3-2 to Norwich, Guardiola jokingly conferenced in an interview where:

Via the Metro, he said with a smile: “Congratulations Liverpool, you are the champions. We’re in September, what do you have to do? We’ll recover, train and come back.

“We’ve dropped five points. Tottenham, we played incredibly well. Today, in the important parts we have to know exactly what to do.”

Hard to say, whether it’s a tactical game of Pep Guardiola or just one spontaneous and witty comment that came off the heart of City’s Manager.