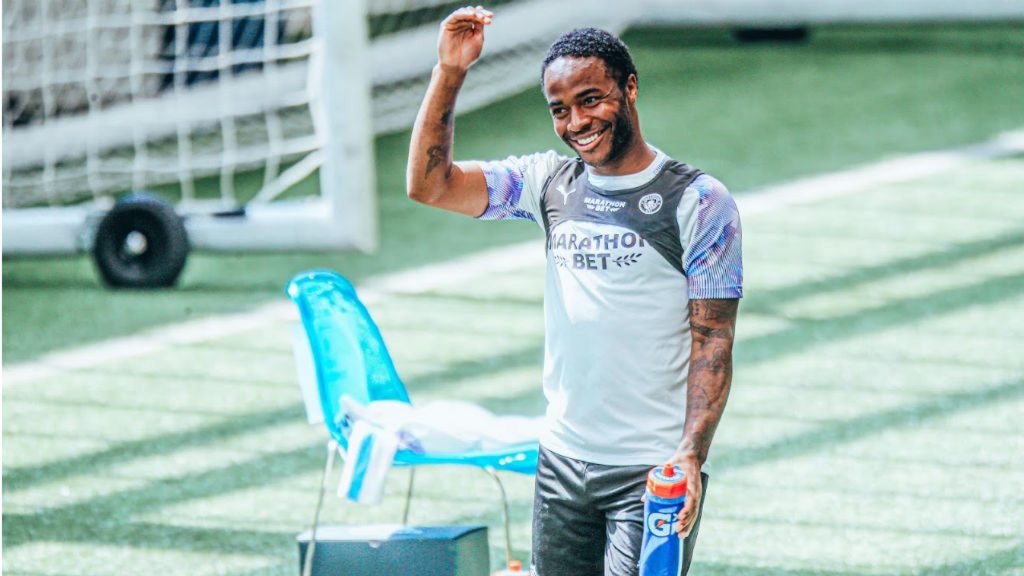 Surprisingly and rather incite rumors circulated in papers not soo long ago where Raheem Sterling was linked with a move away from Manchester City with likes of Manchester United interested in his services, should European ban be upheld.

Considering the state of our neighbors right now, we certainly out shadow them in all the aspects except maybe their optimism to get over being mediocre they are. And this makes impending article much more compulsive as Raheem Sterling, a Manchester City player and Liverpool graduate, speaking to The Mirror admitted that he used to support the Reds from Manchester.

“I was at the final in 2007,” Sterling said. “I shouldn’t really say this — not now, definitely not now! — but when I was young I was a massive United fan. I had an old United kit, from when they won the last FA Cup.”

“To be in the stadium… it was incredible. It was unbelievable and that was when I tried to give the tickets to the school. That was motivated by that — being so close to the stadium and not going there more than once.

💭 – What could have been…@ManCity forward Raheem Sterling has admitted that he used to be a “massive” @ManUtd fan! 👀

“If two or three of the kids could be inspired, then that’s all I was trying to do. Purely, that’s how I felt at the time.

“If there was a kid who had a chance of being a footballer, hopefully that will give them motivation or inspiration to change their dreams.”

Now despite however impressive he has been for us over the last couple of years, if he has a red heart and is persuasive over a move away on the European ban proviso – Well, there is the door mate.

Not taking away anything he has done for Manchester City since his move from Liverpool coz’ his mum thought he looked better in Blue – but that doesn’t whey off when that heart is red pal.

Alongside Manchester United, even Real Madrid are linked with a move for Raheem Sterling – although to me, any move materializing for Raheem seems preposterous till Guardiola is at the helm. Though, you never know!