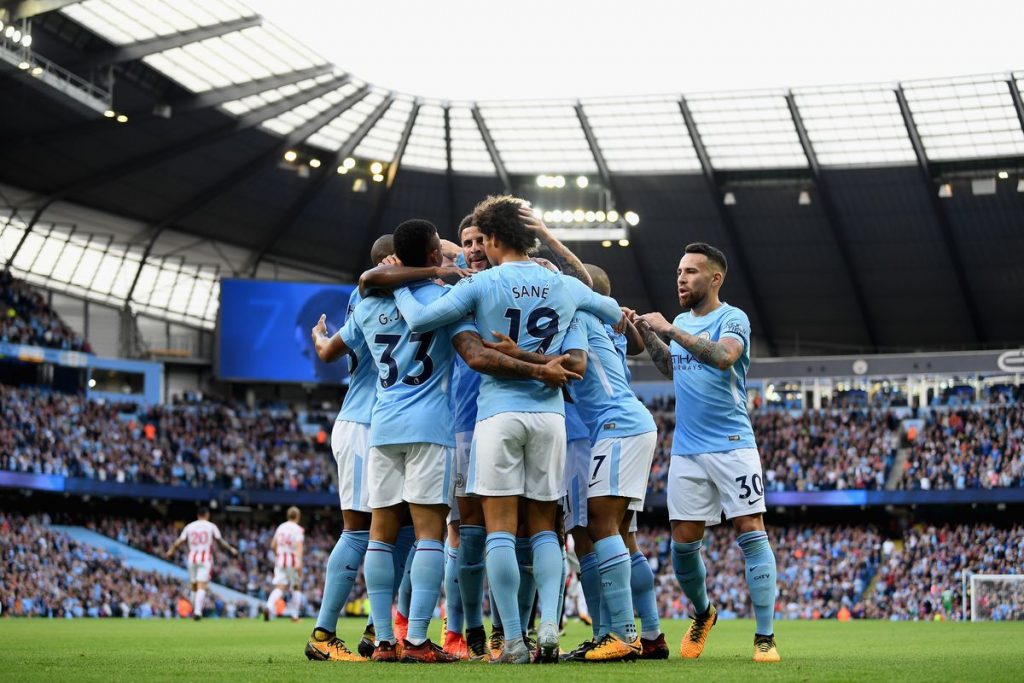 Manchester City are having an historic season under Pep Guardiola.

The Blues from Manchester are engraving themselves in the history books and the way they are playing many will be re-written.

Below is the look at some of the records Manchester City might achieve until the end of this season:

Manchester City have won 26 of their 30 games so far this season with eight remaining games.

Manchester City are currently 16 points clear at the top of the Premier League table and needs to extend their current lead to break Manchester United’s record of 18 point lead.

If Manchester City boys able to snatch 14 points in their next eight matches then Pep Guardiola’s side equal the record held by Chelsea on 95 points.

But if City continue their winning run they can do it in their 32nd game of 2017/18, which leaves City with six games left to play.

This is another record held by Chelsea scoring 103 goals in 38 matches under Carlo Ancelotti in 2009/10.

Manchester City already hit 85 goals in just 30 matches and need 19 goals in their remaining eight matches to break the record.

Manchester City are on course to set a new goal difference record with a current figure of +65.

Chelsea’s +71 is the current best and firmly within reach.