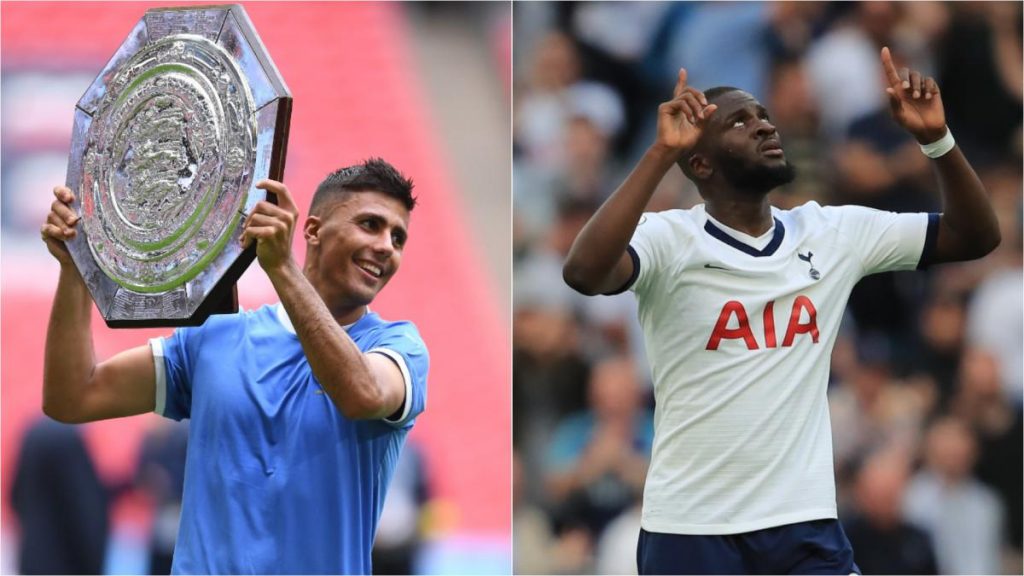 The transfer window was broken with two delectable signings. Rodri and Tanguy Ndombele have lit their respective teams with coming to England. While Rodri has shown glimpses of Fernandinho, Ndombele has already made his mark with a goal up front.

Holding midfielders have become a regular diet of an attacking club who want a defensive midfielder to take the game away from opponetsor bring it back to them. Rodri has been bestowed with the honour of replacing Fernandinho while Ndombele needs to take Spurs through.

Manchester City and Spurs, both have an offensive squad and it therefore increases the value of defensive midfielders. In the defensive responsibilities, who will turn out to be the better than another?

The Spanish midfielder is way better that what Fernandinho was in his age. As talked about, Rodri’s defensive contributions are heftier than Ndombele’s.

The Spaniard, in equal number of games has made 110 interceptions as compared to 78 of Ndombele’s. Rodri is an aerial-giant. He has 92 aerial duels won while Ndombele is a dwarf with 21.

Atletico’s outstanding enforcer, Rodri is a silent ghost. The Spaniard can sneak in as he likes or swoops through the attack whenever necessary. More of a defensive protagonist, Rodri will come in handy against a creative laden attack filled with Eriksen and Lo Celso.

The most talked about prospect of replacing Fernandinho, Manchester City would want  Tanguy Ndombele to play the contrary of what they would have wanted to if he was in their squad.

Ndombele has lured a lot of admirers already for his silky smooth, composed, daring and outrageously talented gift in possession of the ball which Manchester City should be aware of. His long range shoots are equally adapt and scary as his defensive abilities.

Statistically, Ndombele is way meeker than Rodri in defensive front. But in terms of attack, Ndombele ousts the young Spaniard with ease. Offensively, he is the stark. But in terms of defense, Rodri is twice as better as Ndombele.