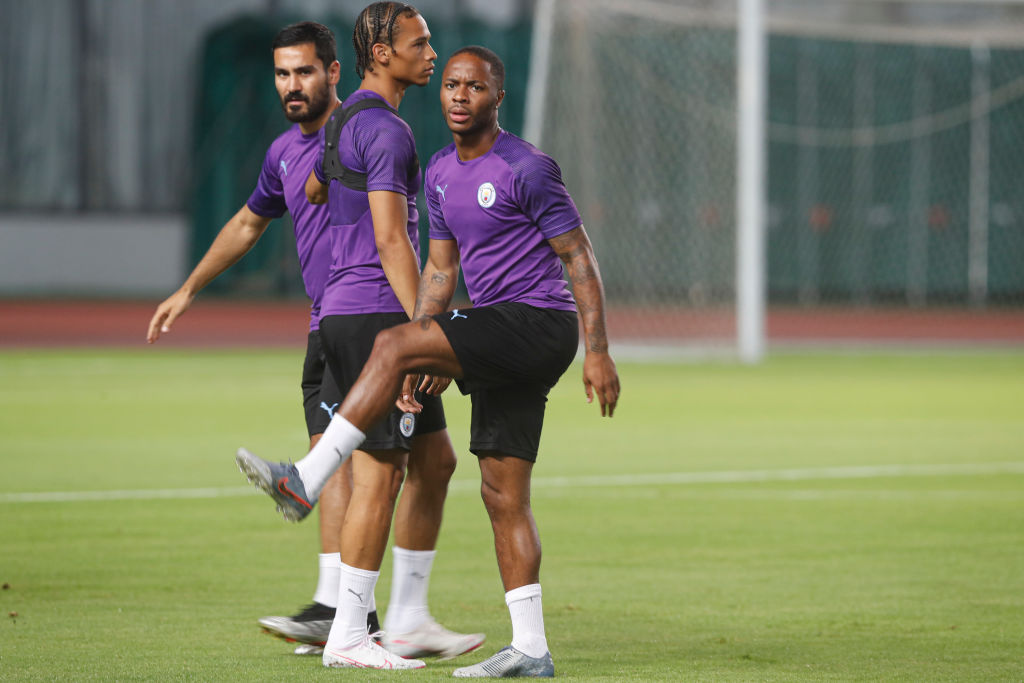 Manchester City attacker Leroy Sane’s conversations with fellow club mate Raheem Sterling on the training ground sparked huge controversy over the German’s potential move to Bayern Munich as the duo were pictured in China for the club’s preseason tour.

Pep Guardiola’s side has been quite astonishing over the last two seasons as they are breaking records galore in the Premier League and writing their names in history as one of the greatest clubs in the world. The Spanish philosopher is now looking to complete the quadruple with City next season and add the elusive Champions League along with the fabulous domestic treble that they won this season.

One player who did not feature as much as he would have liked throughout the course of this season was German forward Leroy Sane as the 23-year-old star was kept out righteously by Bernardo Silva and Raheem Sterling’s impeccable displays for the blue side of Manchester.

However, Sane has not taken being left out of the starting eleven in his stride as the forward has recently revealed that he could possibly return to Germany and join Bundesliga giants Bayern Munich in the summer to attain regular football.

Sane still has two years left on his current contract with City and has failed to agree on a contract extension with the champions of England. To make matters even more interesting, during a preseason training session in China, microphones picked up a conversation between Sterling and Sane with the latter revealing that he could a move to the Allianz Arena.

Nutmeg @LeroySane19 in China: ✅@DeBruyneKev‘s tour checklist is off to a lovely start 😉

In the middle of a conversation, Sane is overheard saying, “Right now I don’t know anything” and Sterling clearly replies “Germany?” Sane’s answer is then somewhat muffled, with some interpreting his reply as “I’ll tell you after”, while a few others interpret that he says “Like, I’d tell you, I really would”.

German champions Bayern Munich have already shown a keen interest in the Manchester City winger as they look to revamp their entire squad and promote youth in this transition phase. Last month, Manchester City claimed that Sane would leave the blue half of Manchester only if a €100 million bid is placed on the table and Bayern were put off by this deal.