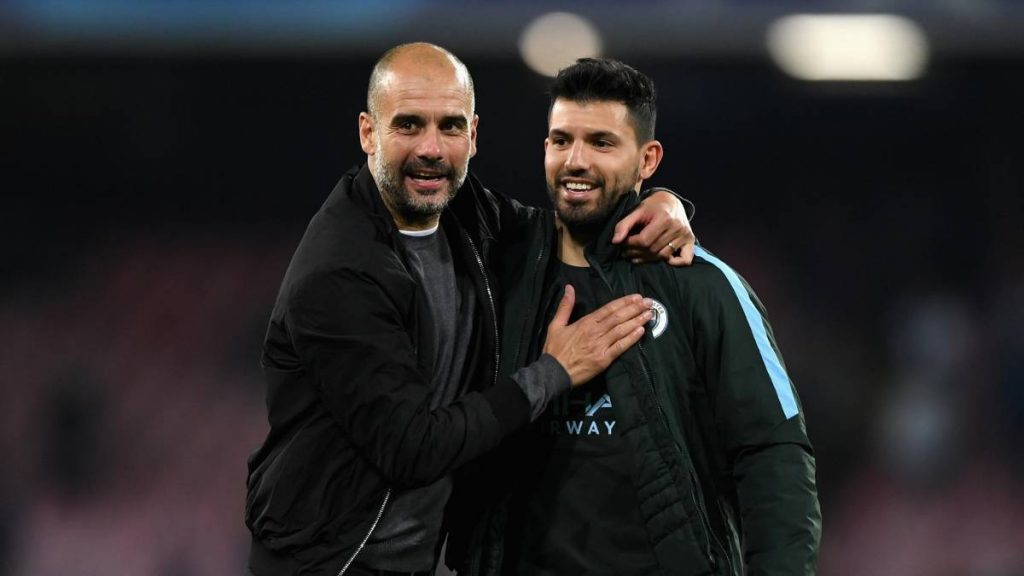 Sergio Aguero has been ruled out of Wednesday’s Champions League first leg clash against Liverpool with a knee injury.

The Argentine striker is out of action due to knee injury he picked up in training at the beginning of March.

“Sergio is back in Manchester,” Guardiola said.

“He did not come. He was injured in the last two weeks.

“Sergio is much, much better but the doctors spoke to him today and he said he still has a little bit of a problem and isn’t comfortable.”

Questioned about Aguero’s fitness for the Manchester derby on Saturday, The Boss said: “We will see.”

Meanwhile, Fabian Delph is back, the boss revealed.

“Fabian Delph is back, Danilo can play there,” Guardiola said.

“I have an idea [about who will play] but you understand I can’t tell you!”

Manchester City Boss has hailed the progress of his young players

“We are so happy with all of them,” he said.

“Why should I doubt them when we did it at many stages this season?

“If it doesn’t go well, it’s a good lesson for the future. No worries.

“I saw players who are 32 more scared than those guys.”