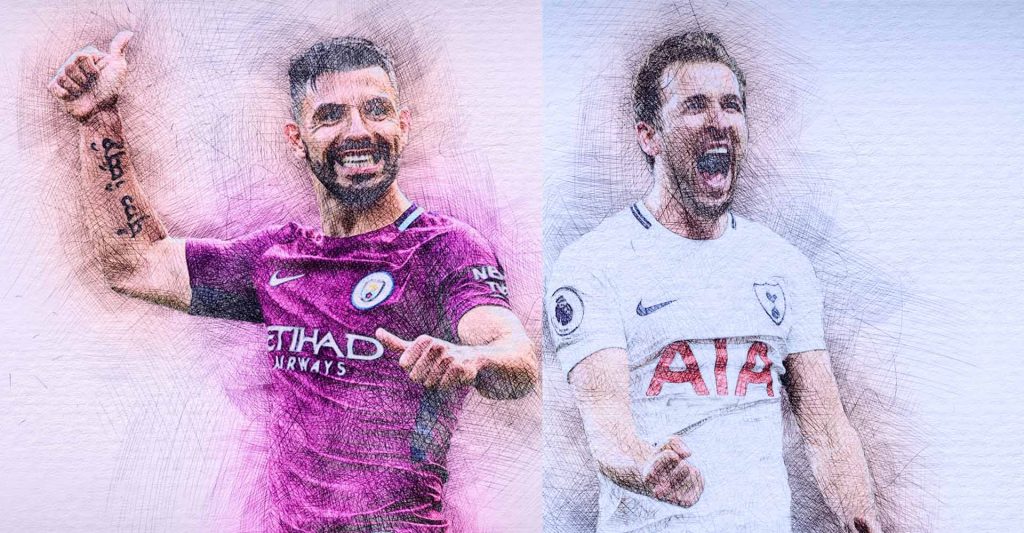 Save the Timer! Set the Tone! Make no Plans!

The Battle of two Golden-Boot Chasers is here!

These two are nothing but excellence personified!!!!!

The battle of two Golden-Boot chasers is calling. The time has come to prove their mettle, for the team and for history to be created. Would it be Tottenham’s Harry Kane with his accurate shots or would it be Manchester City’s Sergio Aguero with his screamers to win the “battle of giants?”

Briefed below are few reasons to save the timer for this breath taking battle.

Kun Aguero. The match-saver of Manchester City. The goal-scorer in difficult situations and a beast against other heavy-weight clubs of Premier League. Aguero’s records against big clubs are handy and so his performance may be in the forthcoming game.

He may have been out of action for City in pre-season tour and therefore this game is his opportunity to kick-start the season in full hear. Aguero’s records against Spurs are thumping and it is Hugo Lloris that will have to be fully prepared to stop the Argentine.

It’s hard to forget what Aguero did for Manchester City last season. If the ageing centre-forward continues to cheat his age, he may, yet again prove a threat in front of the goalpost.

The English captain and pride of United Kingdom, Kane deserves to win a Premier League trophy, more than anyone else. Harry has been the most consistent, desirable and intriguing prospect of the Premier League.

He is the man with magnetic shoes that are always calling for Golden Boot. This guy has risen the standards of Tottenham Hotspur, taking the club into Champions League year after another. One hell of a striker, Kane knows to score goal and his robust body helps him do so much better.

Harry Kane is a rare breed. The centre-forward has more than 20 goals for last 6 consecutive seasons. The only thing that will swivel around in a satan-ish way for him is his inability to score goals against top clubs.

Kane will have to conquer his past and transcend the reality with the potential he has. Should Harry click, Spurs will give Premier League the shock of the season.

There’s no discussion on who the better of two is. The only point to study is who will bring out his best along with his team’s performance. Can it be the mighty mighty Aguero or can the English captain pull his socks up for Spurs?