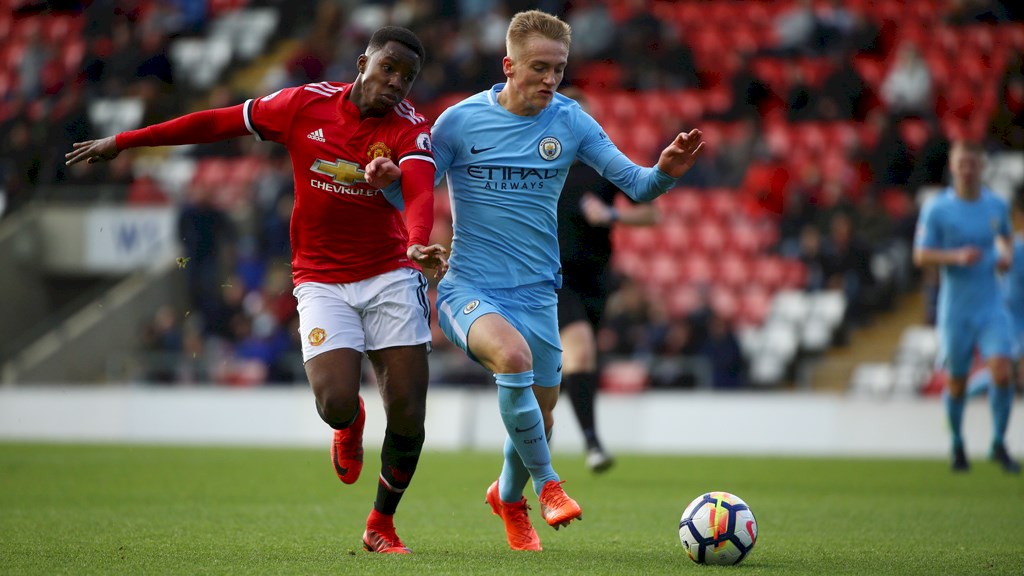 At Leigh Sports Village, the home side with a lead after United’s James Wilson scored the first goal of the match before Man City Boy Lukas Nmecha equalise the score.

Considering City’s performance in a Manchester Derby clash, the manager thinks the boys need to start their game in a better way.

“I thought in the first-half we weren’t at the races like we would’ve wished in any game but particularly in a derby,” Simon Davies told mancity.com.

“We need to compete more, and more energy was required, but on the flip side in the second-half we were more in control and scored at a good time and dominated throughout.

“We lacked probably a bit of decision making and luck as well in the final third, but it’s a good lesson for the boys and their careers in terms of long and short term as they need to start games in a better manner.”

Simon Davies EDS manager is keen to get his squad thinking about their triggers for matches, and have no doubt that this can start even at the warm-up stage.

“The main thing is application and triggers for the start of games,” Davies explained. “We even talk about warm-ups and when they really start switching on.

“Something as little as a warm up when the lads think: ‘here we go again’ and thinking are they mentally preparing themselves for the game.

“Everyone has different triggers, although it’s a team warm-up and a team game everything is individual as well, so they need to get ready for their team preparation as individuals.

“So we will ask: ‘How do they get themselves ready for a game?’”