After a tough 3-0 loss against The Toffees, The Under 19’s grab a 3-1 win over the Italian outfit in Champions League football with Brahim Diaz putting two times his name in score-sheet and a winning streak by Benjamin Garre.

Simon Davies appreciated his side for comfortably secured victory at the Academy Stadium on Tuesday and believes the boys quick reaction to mistakes was the key to their victory over Napoli.

“I thought every player showed enthusiasm,” he explained.

“I know we will talk about the goals but I think it came from the attitude, the reactions to mistakes and wanting to work for each other.

ALSO READ: Manchester Derby 2017 – All you need to know

“All the other details and tactical input all comes out too, but it starts with that. We asked for it before the game and we definitely got it.

“We gave a goal away and it was 1-1, and I said to a couple of members of the staff: ‘We will see what the boys are about now and see if they have the courage to play and that determination to still go on a press and try for another goal.’”

There were bulk of players missing from the squad namely : Phil Foden and Joel Latibeaudiere away with International Duties and Demeaco Duhaney unwell, which gave Colin Rosler and Iker Pozo a opportunity to impress the manager. 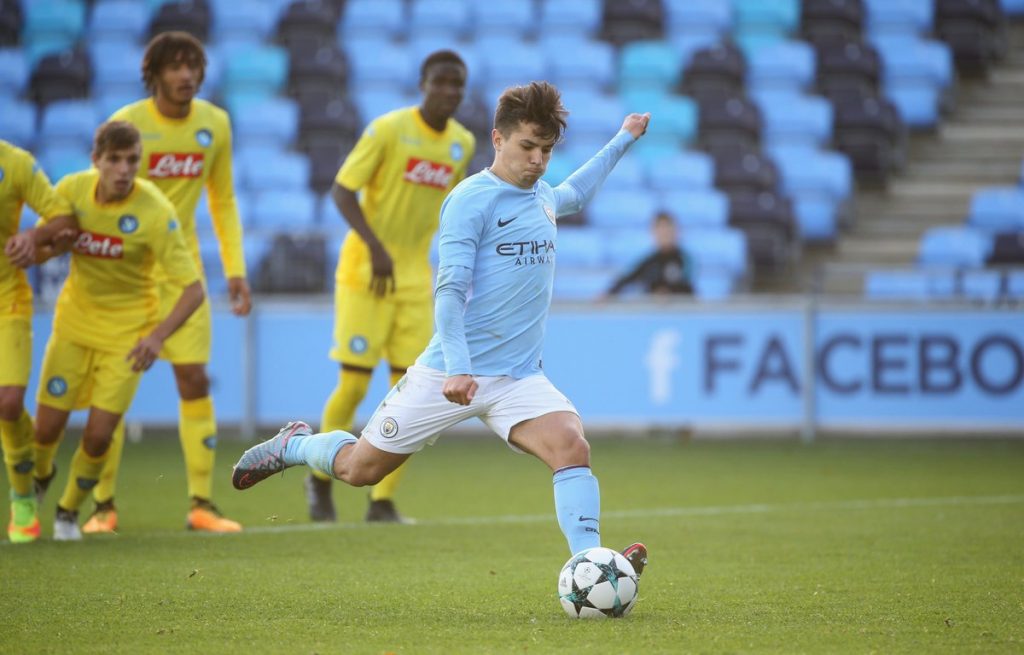 “You’ve got the players that came into the side and took their opportunity and it’s great to see,” Davies said after the match.

“There’s a template and philosophy that we all work to and we just have to keep providing them with the correct challenges.”

City host Derby County in the Premier League 2 at the Academy Stadium on Saturday 21 October, 11am.