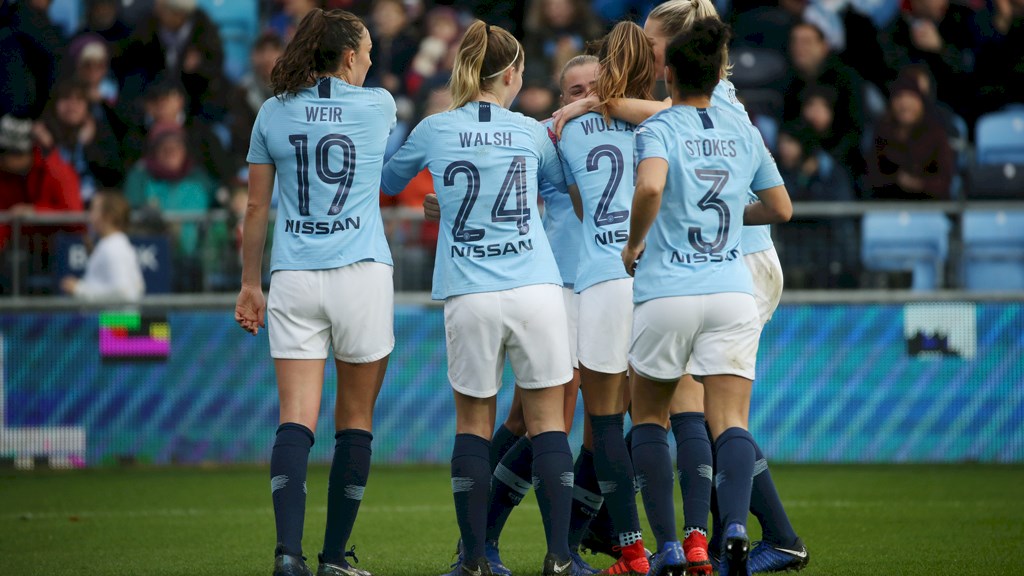 We have never seen two women “noisy neighbours” facing each other. The Manchester Derby will be happening on the opening day of this season.

The curtain raiser will be played on September 7 at 3pm. The Etihad will host it’s second women’s game of all time to be played by Manchester City.

Unlike last time when in 2014, City had played Everton and only 1462 attendants were there, this time crowd turnover is expected to be manifold. Not only because of the derby but also World Cup fever.

Talking about that, Kelly Simmons, the Football Association’s director said:

“I think one of the things the World Cup has done has made our players household names, and now people can follow them back at their clubs.”

“We know there’s a massive potential audience of fans coming across from the men’s game and the men’s clubs. We’re seeing very much this ‘one club ethos’.

“There’s a massive chance for the game to pull those across this season with the Women’s Super League and get more people coming to games and watching games on television.

“The stand-alone games in the men’s stadiums, we’ve already seen when we’ve done that before a big uplift in numbers coming to the games.”

Thus, a tuning of a lot of fans across the world is expected to support their colour, once again.