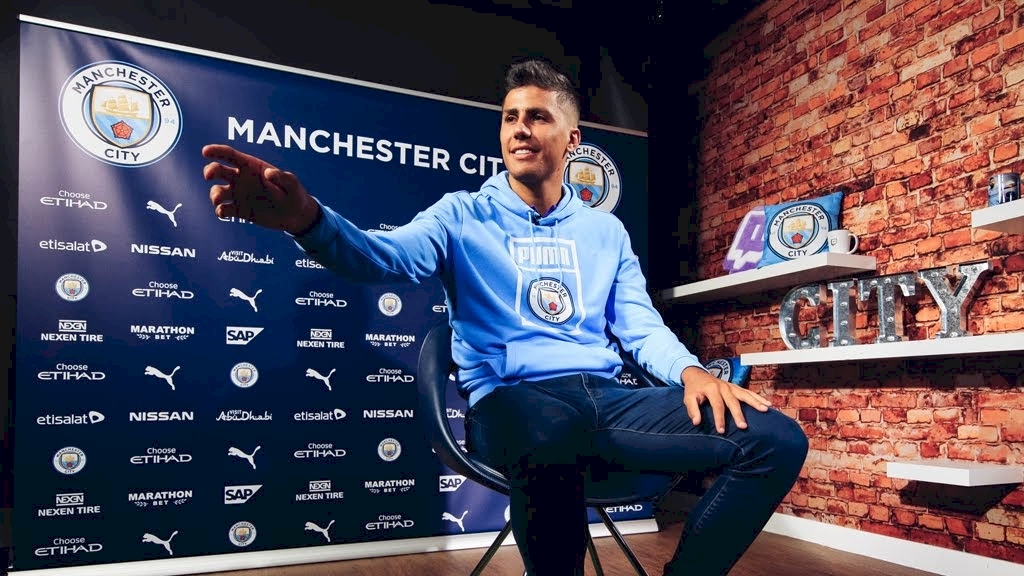 Manchester City midfielder Rodri has admitted that joining the City of Manchester Stadium will be a step forward in his career and also mentioned some of the big names at the club that he wants to share the pitch alongside.

While speaking at his first press conference as a Manchester City player, Rodri explained that it was his dream to move to the blue half of Manchester and he wants to keep learning and growing every day. The midfield gem also stated that a move to City was a no brainer and that it was the only club that he would join if he left Atletico Madrid.

The 22-year-old Rodri signed a five-year contract with the Premier League champions in a deal worth €70 million on Thursday and spoke to journalists and revealed his true feelings for the club, “For me, it’s a great step It’s a dream for me to come here. A great team, great staff. I have a lot of things to learn and I decide this is the best place for my career. I am proud of what I have done. I want to keep growing, keep learning. I’ve seen City on the TV and wanted one day to play here. I am happy to start this period here in Manchester.

Rodri added that he has been following City for the past four or five seasons and has also been admiring the players at the club, “I have been following this team for four, five years. They signed great players – David Silva, Sergio Aguero, Kevin De Bruyne and many others – and I also admire the way they play.

The Spanish international also went on to state that City would be the only club that he was willing to join after the English giants were interested in his services, “I like this football. I like watching City games and learning. When you are at another team, you watch more football. I try to watch City matches.  Once I knew City were interested in me, there was no doubt for me. It was very clear for me to decide to come here.”