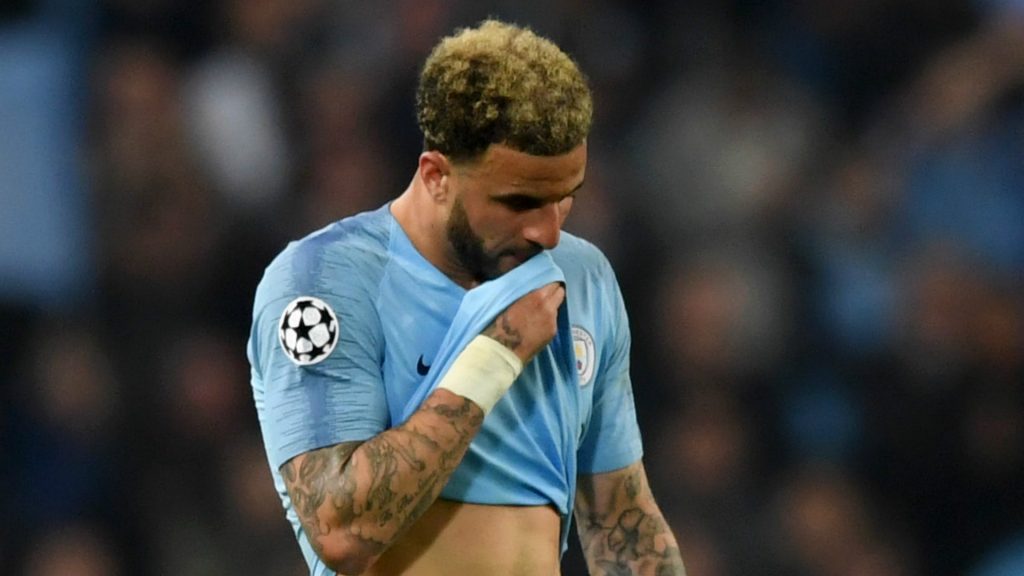 Manchester City right-back Kyle Walker has revealed that most of the Red Devils faithful want Pep Guardiola’s side to win the title over Liverpool.

Liverpool currently sits two points ahead of second-placed Manchester City on the Premier League table but City still have a game in hand and even the title is also in their own hands.

The Merseyside club is looking to end their 29-year long wait for a Premier League title while Manchester City is trying to make it back to back League titles under Guardiola.  It will be a close battle as none of the two table toppers are looking to slip up at such a crucial moment in the season.

However, Manchester City’s local neighbors Manchester United are hoping that Liverpool doesn’t win the title and are jeering for their noisy neighbors.

The two Manchester giants will face each other on Wednesday night and Kyle Walker has stated that even United fans are hoping that City wins the league over Liverpool.

While speaking to reporters the 28-year-old Walker said, “United fans are in a difficult situation obviously, When I’m out and about or walking my dogs, United fans are coming up to me saying, ‘We’d rather City win the league than Liverpool’.”

Walker went on to explain that Manchester United will not allow City to roll over them but they will make it difficult as even the Red Devils are looking to finish inside the top four this season, “It’s strange to hear but I can assure you the United players aren’t going to leave a red carpet and say, ‘Go on City, score past us’. They’re going to make it difficult because it’s a game of football and they’re fighting for the top-four as well so they need the points.”

A much-anticipated encounter in the Manchester derby awaits on Wednesday night at Old Trafford with each club looking to get the better over the other.